Nobel laureate Physicist Albert Einstein, who fled from Nazi Germany to the US in 1933, has written thank-you letters to Americans who dedicated themselves to saving European Jews and helping them find shelter in the new world. One of this small number of expressions of gratitude was presented this week by the daughter of its recipient, Enid Bronstein, daughter of Newark, NJ financier David Finck.

“I wanted to keep the letter to show it to my children and grandchildren so that they would get the message that every contribution, no matter how small is important,” Bronstein told WGN9 in Chicago.

The letter to Finck, along a duplicate mailed to Al Rosenthal of Queens Village, NY, will be auctioned on Thursday by the Nate D. Sanders auction house.

The letter, typed on Einstein’s personal stationary and dated June 10 and 14, 1939, respectively reads:

“May I offer my sincere congratulations to you on the splendid work you have undertaken on behalf of the refugees during Dedication Week.

“The power of resistance which has enabled the Jewish people to survive for thousands of years has been based to a large extent on traditions of mutual helpfulness. In these years of affliction our readiness to help one another is being put to an especially severe test. May we stand this test as well as did our fathers before us.

“We have no other means of self-defense than our solidarity and our knowledge that the cause for which we are suffering is a momentous and sacred cause.

“It must be a source of deep gratification to you to be making so important a contribution toward rescuing our persecuted fellow-Jews from their calamitous peril and leading them toward a better future. 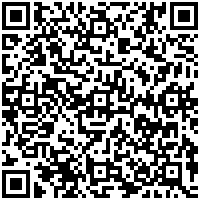