Florida Governor Ron DeSantis announced Tuesday that he has removed the Airbnb home rental company from his state’s blacklist after the firm decided to end its boycott of Jewish homes in Judea and Samaria.

Airbnb announced last year it would delist homes in Jewish communities in Judea and Samaria, but did not apply the same standards to Arab communities in the same region.

In response, the State of Florida placed the company on its blacklist, banning state contractors from conducting business with the firm.

“As Governor, I have an obligation to oppose policies that unfairly target Israel,” DeSantis said in a statement posted on the Twitter social networking site. “Once @Airbnb ended their discriminatory policy toward Israel, we decided to remove them from the @Florida SBA Scrutinized Companies List.” 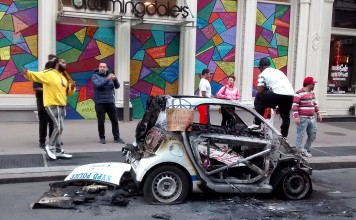