Republican Ron DeSantis who defeated Democrat Andrew Gillum on Tuesday to become Florida’s 46th governor, told Israel Hayom: “I ran as a very pro-Israel candidate with a track record of leadership in the field, while my opponent was simply not a pro-Israel candidate. He was identified with groups on the left that were very hostile to Israel, so I emphasized this difference a lot during the campaign.”

DeSantis was a tireless pro-Israel advocate during his six years in the US Congress. He was one of the voices urging President Donald Trump to live up to his word and move the American embassy to Jerusalem; he was also a supporter of recognizing Israel’s annexation of the Golan Heights.


As governor, DeSantis will control the blacklist of entities that collaborate with the Boycott, Divest and Sanctions. “So if I see that certain elements are boycotting Israel, I can unilaterally put the companies that do that on the Florida blacklist, so they are blocked from getting in touch with government agencies in Florida,” the governor-elect said.

A 2016 state law prevents Florida from investing in or doing business with companies participating in boycotts of Israel. It passed in the House by a vote of 112-2 and by a unanimous vote in the Senate.

It should be noted that Andrew Gillum, the Democratic candidate for governor, was on the record supporting Florida’s anti-BDS law, saying: “I will continue to support anti-Boycott, Divest and Sanctions legislation passed last year with overwhelming support in both houses of the legislature.”

DeSantis declared: “I will be very aggressive in this activity and I think it will help fight the BDS.” He also told Israel Hayom: “My first official visit as a governor outside of the United States will be to Israel. Of course, I want to develop more economic ties with Israel and to ensure that the direct flights from South Florida to Ben Gurion Airport continue.”

“I also want to establish a working relationship between the universities, researchers and entrepreneurs in the field of innovation in Israel with people in Florida. We have problems like the red tide (a.k.a. algae bloom, when toxic algae contaminate fish and water near the beaches), and I think that if we can work constructively with Israelis, we can probably develop solutions much faster. I think we will have many possibilities for cooperation.”

Referring to the notion that Jewish voters did not trust his opponent, DeSantis said, “It does not matter if I’m in Boca Raton or Pensacola, people in Florida are pro-Israel and they want to be sure we’re with them.” 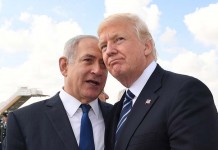 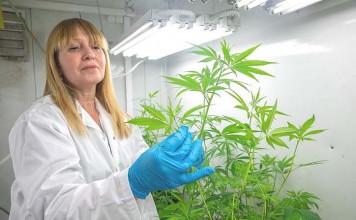 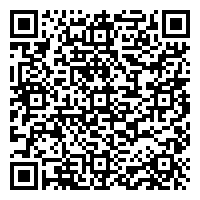