When President Donald Trump entered the House of Representatives, a boisterous group of lawmakers sang to him the verse in Psalms 61:7, to a vibrant, Chassidic tune: “Prolong the life of the king! May his years go on for many generations.”


No, they didn’t, but the video, posted by a Facebook page calling itself The Rosh Yeshiva, is delightful. Especially if you’re a Republican.

The fake video with the tune, popularly known as Yemei Melech (days of the king), is a great comment on the change in the relationship between the new White House and Jewish values: out with the liberal self-doubt and hesitation associated with Jewish Democrats, in with the aggressive pursuit of goodness of Jewish Republicans.

I included a video of the same tune in its natural habitat.

And the video of President Trump’s real entry into the House of representatives on Tuesday, a more sober affair altogether.

H/T to YK from the shtachim. 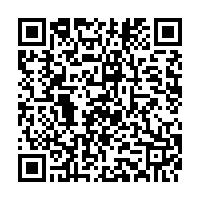