The Trump administration again made history on Tuesday, bringing together five Arab states with whom Israel currently has no formal diplomatic relations, as well as Egypt and Jordan – and Israel – all at the same table – in order to discuss how to make life better for Gazans.

“Thank you for putting all tensions aside to work with us,” wrote U.S. Special Representative to International Negotiations Jason D. Greenblatt in a tweet after the meeting. “Everyone left politics at the door & focused on practical solutions.”

Also at the meeting were other important stakeholders – listed in the second tweet below – as well as representatives from the United Nations, USAID and the Office of the Quartet.

Greenblatt reported on the current situation in the enclave and said he would present proposals on how to change the situation.

The Palestinian Authority was also invited as well, but turned down the invitation: PA leader Mahmoud Abbas is still angry with President Donald Trump over his recognition of Jerusalem as the capital of Israel, and since then refuses to deal with the United States in any way.

“We regret that the Palestinian Authority is not here with us today,” Greenblatt said. “This is not about politics. This is about the health, safety and happiness of the people of Gaza, and of all Palestinians, Israelis and Egyptians.”

The Ramallah-based PA government led by Mahmoud Abbas has done little or nothing to help the Gazans over the past year, and plenty to exacerbate the situation. But Prime Minister Rami Hamdallah and Intelligence Head Majed Faraj traveled to northern Gaza just a few hours before the White House meeting to attend the inauguration of a new wastewater treatment plan – and instead were attacked in an assassination attempt.

Fawzi Barhoum, Hamas’s spokesperson, told Middle East Eye that “Hamas condemns the crime of attacking the convoy of Dr Rami Al-Hamdallah. Hamas considers this crime as part and parcel of trying to destabilize the security in Gaza Strip and attacking reconciliation and solidarity. The hands behind this crime are the same hands that killed Mazen Fuqaha (ed: commander of Hamas military wing killed last year in Gaza) and tried to kill General Tawfiq Abu Naim.” The commander of the Hamas internal security forces in Gaza had survived an assassination attempt in October 2017.

In Arabic and English, Greenblatt tweeted the White House condemnation of the attack on Hamdallah and Faraj that took place earlier in the day. “Gazans have been brought to the brink of collapse by Hamas, PIJ & other extremist groups,” he wrote. “Attack on PA delegation opening water treatment plant is an attack on the welfare of the people of Gaza. Wishing a speedy recovery to the injured.”

Many thanks to my friends from Bahrain, Egypt, Jordan, Saudi Arabia, Oman, Qatar, United Arab Emirates & Israel at the White House for the Gaza Conference. Thank you for putting all tensions aside to work w/ us. Everyone left politics at the door & focused on practical solutions. 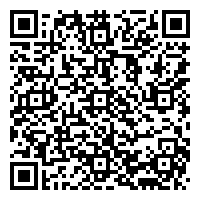