Hundreds of Holocaust survivors and their descendants on Thursday urged members of the California Legislative Jewish Caucus to vote against AB 101, a bill mandating an ethnic studies high school graduation requirement, stating:

“We are Holocaust survivors and the children and grandchildren of Holocaust survivors, who are deeply alarmed by AB 101, the ethnic studies graduation requirement bill, and the likelihood that it will lead to overtly antisemitic curricula making their way into every high school in the state and inciting hatred and hostility towards Jewish students and the Jewish community in California and well beyond.”

The signatories point out that AB 101 would allow local school districts to use any curriculum, including the highly controversial and overtly antisemitic first draft of the Ethnic Studies Model Curriculum (ESMC). That draft was roundly rejected by all Jewish communal organizations, Governor Newsom, the State Board of Education, and California’s Jewish Legislative Caucus. They stated further:

“Disturbingly, although you worked hard to ensure that the final State Board of Education-approved curriculum was free from antisemitic content, the rejected first draft—including its anti-Jewish and anti-Zionist lessons—was enthusiastically supported by the state’s two largest teachers unions – the California Teachers Association (CTA) and United Teachers Los Angeles (UTLA) – as well as dozens of ethnic studies departments on California State University and University of California campuses. Even more alarming is that the CTA, UTLA and influential ethnic studies professors on several CSU and UC campuses have warmly endorsed the Liberated Ethnic Studies Model Curriculum Institute (LESMC), a for-profit organization launched by the original ESMC drafters to market a ‘liberated’ curriculum that incorporates the main elements of the rejected first draft.”


While LESMC has yet to publish its final curriculum, several web pages published under the heading “Preparing to Teach Palestine: A Toolkit” suggest the LESMC curriculum will be even more politicized, divisive, and antisemitic than its predecessor. One webpage smears Israel with false charges of “settler colonialism” and “apartheid,” and uses classic antisemitic tropes of Jewish wealth and power to vilify Jewish organizations speaking out about antisemitism; another encourages teachers to “create a space within your school” to engage in anti-Zionist activism and to fight the “Zionist backlash,” identified as “white supremacy”; and a third offers “a few resources” that vilify Jewish organizations, promote anti-Zionist groups calling for Israel’s destruction, and provide “skill-building” and “training” on “how to start your own BDS campaigns.”

The Holocaust survivors and their descendants concluded:

“As Jews, and particularly as Holocaust survivors and their descendants, we say ‘never again!’ Never again will we permit anti-Semitism to flourish. This is a moment when we cannot remain silent – and you must not, either. We implore you to stand up for Jewish students and the Jewish community in California and beyond, and to oppose this very dangerous bill.”

Last year AMCHA successfully urged Governor Newsom to veto AB 331, the precursor of AB 101, and Rossman-Benjamin was the first to expose how the discipline of Critical Ethnic Studies is deeply antisemitic and anti-Zionist. AMCHA has led several coalition efforts to educate officials about the dangers of a curriculum based on Critical Ethnic Studies. AMCHA’s Director, Tammi Rossman-Benjamin, has testified before the California Senate Education Committee and the Assembly Education Committee against AB 101 and provided evidence that if AB 101 becomes law, most school districts will adopt some version of the rejected antisemitic first draft. 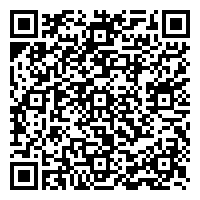