A new report released on Thursday by the Israeli Alma Center, which researches security challenges to Israel from Lebanon and Syria, exposed what it described as a large-scale inter-regional Hezbollah tunnel system in different parts of Lebanon. The tunnel system is designed to move personnel and weapons around and out of the sight of the Israel Defense Forces.

“In our estimation, the cumulative length of all the tunnels can reach up to hundreds of kilometers,” it wrote. Like Hamas tunnels, the Lebanese tunnels contain underground command and control rooms, weapons and supply depots, field hospitals and shafts used to fire a wide range of rockets and missiles.

‘This has been happening in Lebanon for a long time’

Maj. (res.) Tal Beeri, head of the research department at Alma, said the tunnel network in Lebanon is similar to the strategic network built by Hamas in the Gaza Strip, only larger.

“What we saw in Hamas in Gaza is a small example of what Hezbollah has in Lebanon,” stated Beeri, who served for 20 years in the IDF’s Military Intelligence Directorate.

“Hamas didn’t invent tunnels,” explained Beeri. “Usually, Hamas is the last in the food chain when it comes to new tools used by the radical axis. The discovery of the tunnel network in Gaza leads to the conclusion that this has been happening in Lebanon for a long time. The Iranians and North Koreans are mentors for both organizations. Hamas are the ones copying here. Hezbollah are usually the pioneers. So imagine what is happening in Lebanon now.”

Regarding the Lebanese tunneling network project, said Beeri, “we assess that this began possibly before 2006, but there is no doubt that it gained significant momentum after that year.”

Since 2006, “North Korean advisors significantly assisted Hezbollah’s tunnel project. Hezbollah, inspired and supported by the Iranians, saw North Korea as a professional authority on the subject of tunneling, based on the expansive North Korean experience that has accumulated in building tunnels for military use since the 1950s,” the report stated.

In 2018, the IDF exposed six offensive Hezbollah cross-border tunnels excavated into Israeli territory. Their discovery spelled the end of the concept held by some in Israel that the challenge of breaking rocks in mountainous areas as in Lebanon was a serious barrier to Hezbollah tunnel building, said Beeri.

A second type of tunnel network, described by Beeri as local infrastructure tunnels, is located within and near the Shi’ite villages that act as Hezbollah’s staging areas.

But the report exposed a new, third type of tunnel, which it called “inter-regional tunnels of enormous magnitude, spanning at least tens of kilometers” across Lebanon.

‘We connected eyewitness reports of the digging work’

“In 2008, we uncovered an indication from Christian Lebanese information source, describing a big project by Hezbollah in whole of areas of Southern Lebanon, which began east of Sidon,” said Beeri.

He then described getting access to eyewitness accounts from local residents who were stopped by Hezbollah from entering certain areas. “They didn’t understand why Hezbollah was stopping them. What they could see was what resembled industrial work, sand, digging, concrete in the area. But nothing was being built overground. They saw Iranians and foreign nationals that they later realized were North Koreans,” said Beeri.

Later on, Alma got hold of a map of Southern Lebanon divided up into polygon shapes, and within them, circles. “We asked ourselves: ‘Could this be some sort of sketch of a route of a military system? A tunnel system?’ We connected the eyewitness reports of the digging work—the fortification work that could not be seen overground—and the map,” said Beeri.

“According to the indications, Hezbollah carried out fortification work in those geographical areas using large quantities of construction materials, while the work was carried out by a Korean company under the supervision of an Iranian Revolutionary Guard Corps officer,” according to the report.

The report named the North Korean company as the Korea Mining Development Trading Corporation (KOMID), while the actual construction was conducted by Hezbollah’s Jihad Construction Foundation.

The Jihad Construction Foundation reportedly received assistance from companies that acted as civilian cover for the construction of the long tunnels. One of the suspected companies, said Beeri, is the “Beqaa for Construction and Contracting” company, which was set up in 2005 under the auspices of Iran’s Islamic Revolutionary Guards Corps, and until 2013, headed Maj. Gen. Hassan Shateri, a senior IRGC officer who was mysteriously killed in Syria in 2013.

It is highly likely that Shateri was responsible for carrying out Hezbollah’s tunneling project in Lebanon,” said the report.

It sketched out the route of one tunnel, stretching 45 kilometers south of Beirut, east of Sidon, in an area of Southern Lebanon that Hezbollah describes as its “second line of defense” against a potential Israeli ground maneuver. 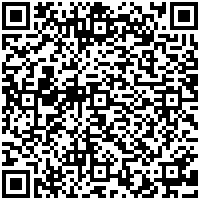