Secretary of State Rex Tillerson told senators on Tuesday that the Palestinian Authority is serious about its promise to “cease the payments” to terrorists in Israeli jails.


Testifying in a hearing on Capitol Hill before the Senate Foreign Relations Committee about the State Department’s budget, Tillerson said the Palestinian Authority plans to end that practice.

“They have changed that policy, and their intent is to cease the payments to the families of those who have committed murder or violence against others,” Tillerson reassured the Senate committee. “We have been very clear with them that this is simply not acceptable to us.”

Tillerson was replying to a question from Senator Jim Risch (R-ID) regarding the salaries for murderers, and said that the issue “was discussed directly with President Abbas when he made his visit to Washington” in early May.

“The president raised it, and I had a bilateral meeting with [Abbas] later and I told him – you absolutely have to stop this,” Tillerson said.

As reported by Palestinian Media Watch, In April 2011, the Palestinian Authority Registry published a Government Resolution granting prisoners imprisoned in Israel for security and terror-related offenses a monthly salary from the PA. This PA Government Resolution of 2010, numbers 21 and 23, defines individuals entitled to be on the payroll as “Anyone imprisoned in the occupation’s prisons as a result of his participation in the struggle against the occupation.”

According to this definition, as of December 2012, more than 4,500 prisoners serving time for terror-related offenses are recipients of PA salaries. These monthly salaries are paid from the PA’s general budget and income taxes are paid on them. The PA economic report lists the prisoners’ salaries as part of the PA general salary budget, on a par with civil servants and military personnel, and not as a social service stipend.

Of course, even if the PA stops paying the prisoners directly, they will most likely find an alternative system for making the transfers, such as they’ve used in the past.

In August 2014, in order to deflect pressure from international donors, the Palestinian Authority set up the PLO Commission of Prisoners’ Affairs to handle the payments, but this was a new PLO body in name only. 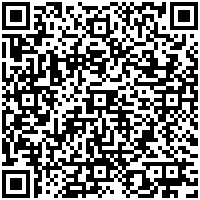