Juan M. Thompson, a former American journalist who was arrested by the Federal Bureau of Investigation in connection with making several bomb threats to Jewish Community Centers in the US, on Tuesday pleaded guilty to cyberstalking his ex-girlfriend and making fake bomb threats against Jewish organizations.

He told the court he intended “to disrupt my ex-romantic partner’s life and cause her great distress” after she had ended their relationship last summer. This happened after Thompson had been fired from The Intercept for fabricating a story.

According to the prosecution, one of Thompson’s messages was that he had placed two bombs in a Jewish school because he was “eager for Jewish Newtown” – a reference to the 2012 Sandy Hook Elementary School shooting in Newtown, Connecticut.

Thompson was arrested by the FBI in March 2017 for making more than 150 bomb threats against at least eight Jewish community centers and day schools in 37 states and two Canadian provinces, from January to March, 2017.

Acting US Attorney Joon H. Kim issued a statement saying “Thompson made these threats as part of a cruel campaign to cyberstalk a victim with whom he previously had a relationship. Thompson’s threats not only inflicted emotional distress on his victim but also harmed Jewish communities around the country.”

Thompson, 32, told US District Judge P. Kevin Castel in Manhattan, “I deeply apologize,” admitting he was “slightly nervous,” seeing as the charges against him could land him in prison for five years. 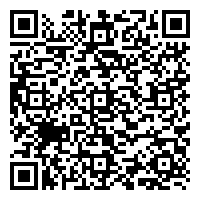