The official news agency of the Iranian regime IRNA did not have a lot of good things to say about the late Senator John McCain, a staunch enemy of the Mullahs. Here is IRNA’s untouched obit published Sunday morning:

“Tehran, Aug 26, IRNA – The hawkish US Senator John McCain who was a staunch opponent of Iran died at 81.

“The US Republican Senator was suffering from an aggressive brain cancer for a long time.

“He was also a twice-defeated presidential candidate in 2000 and 2008.

“McCain was a staunch ally of the Zionist regime of Israel and a strong advocate of using all kinds of pressure against Iran.

“He was a blunt critic of the nuclear deal the US and other major world powers signed in 2015 with Iran. He agreed with President Donald Trump that ‘the deal is not in the vital national interests of the United States.’

“McCain was also one of the supporters of the invasion of Iraq by the Bush administration in 2003. However, years later he admitted that the justification for the destructive war had been wrong. Washington claimed that the former Iraqi dictator Saddam Hussein possessed weapons of mass destruction.” 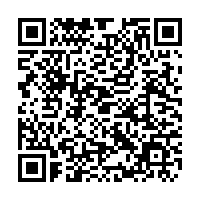