Construction is scheduled to begin next month on a daring housing project in the heart of the Arab neighborhood of Beit Hanina in eastern Jerusalem, Business reported Sunday, quoting Aryeh Orange, a candidate in the Me’uchadim (United) list running for the Jerusalem city council, who announced that “the apartments are being sold to Jews only.”

According to Business, 124 housing units have already been approved for the project, out of 324 altogether. A source close to the project told Business that “with a month, the tractors arrive at the location.”

The new housing project, should it turn out to be real, represents the most effective weaponizing of housing ventures in Jerusalem to date, as the reported cost of each luxury 1,335 sq. ft., 5-room apartment, will be only one million shekel – $276,000.

Business reported that the planned construction will offer sukkah porches (meaning that each apartment will have an open-sky balcony). Half of the apartments whose construction will begin in a month have already been sold to National Religious and working Haredi buyers.

A Business reporter who attended last week’s closed political conference of the United faction, headed by veteran rightwing politician Aryeh King, heard a particularly rowdy Orange saying again and again: “It’s a finger in the eye of the Arabs,” and similar statements.

City Councilman Aryeh King’s new United list running for the Jerusalem City Council elections in late October, is comprised of National Religious and Haredi members, who are joining forces for the first time. The list includes Deputy Mayor Dov Kalmanovich, a member of the National Union, the rightwing faction of Habayit Hayehudi, whom he currently represents in the council. Another name on the list is Yehonatan Yosef, grandson of Rav Ovadia Yosef zt”l, representing Eli Yishai’s “Together” party. Fourth in line is Aryeh Orange from Otzma, who represents a group called Haredi Manufacturers.

The land for the project, named Nof Shmuel, was purchased almost fifteen years ago with money coming from Jews in Israel and abroad, with the aim, as Aryeh King put it at the time, of “redeeming them and creating contiguous Jewish settlement between the neighborhoods.”

Now we’ll see how they’ll deal with the local Arabs. 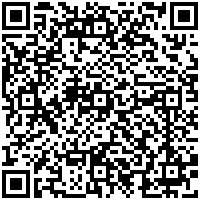