30 White House staffers and Administration officials joined an event at the White House to mark the Festival of Sukkos, Friday. https://t.co/iWJprxEdJd

According to Col Live, Ivanka Trump “demonstrated a keen knowledge of the Jewish practice and recited the appropriate blessing before shaking the lulav,” inspiring her colleagues to follow suit.

Ivanka Trump was raised as Presbyterian Christian, and converted to Orthodox Judaism in July 2009, after studying with Elie Weinstock from the Ramaz school. She took the Hebrew name Yael (Heb: mountain goat), and described her conversion as an “amazing and beautiful journey,” supported by her father “from day one.” Since then she has been keeping kosher diet and observing Shabbat. She said, back in 2015: “From Friday to Saturday we don’t do anything but hang out with one another. We don’t make phone calls.”

Ivanka and her husband, Jared Kushner, visited the grave of the Lubavitcher Rebbe shortly before Trump’s election victory. 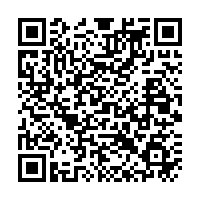