Sarah Camhi, Director of Trade Marketing at Adidas, on Tuesday posted a message on LinkedIn saying that as a Jew, she was feeling excluded by her company’s lack of action against the rapper and fashion designer (Kanye West) Ye’s torrent of antisemitic messages.

Update: On Tuesday, Adidas officially cut their partnership with West.

What’s Kanye right about? Ben Shapiro said that the recent wave of antisemitic rants by Kanye West—who now goes by “Ye”—resemble Nazi propaganda. Shapiro was responding to West’s latest remarks—in which the rapper told NewsNation’s Chris Cuomo that a “Jewish underground media mafia” is targeting him. Shapiro said that West is spouting “Der Stürmer-type antisemitism, and that is about as ugly as it gets, and nobody should be defending that.”

Adidas did announce, on October 6, it was reviewing the status of its partnership with Ye and his YEEZY line, after his controversial show at Paris Fashion Week that featured T-shirts with the slogan “White Lives Matter.”

The company said in a press release: “adidas has always been about creativity, innovation, and supporting athletes and artists to achieve their vision. The adidas Yeezy partnership is one of the most successful collaborations in our industry’s history. We are proud of our team that has worked tirelessly throughout our collaboration with Ye and the iconic products that were born from it. We also recognize that all successful partnerships are rooted in mutual respect and shared values. After repeated efforts to privately resolve the situation, we have taken the decision to place the partnership under review. We will continue to co-manage the current product during this period.”

Meaning, basically, they’re not going to slaughter the goose who lays golden eggs, even if said goose wears offensive T-shirts and hates Jews.

Camhi responded on Tuesday: “Coming off of the adidas global week of inclusion, I am feeling anything but included.

“As a member of the Jewish community, I can no longer stay silent on behalf of the brand that employs me. Not saying anything, is saying everything.

“It’s been 14 days since Kanye started spewing anti-Semitic rhetoric and adidas has remained quiet; both internally to employees as well as externally to our customers.

“We have dropped adidas athletes for using steroids and being difficult to work with but are unwilling to denounce hate speech, the perpetuation of dangerous stereotypes, and blatant racism by one of our top brand partners.

In their statement, according to Reuters, they said:

“Adidas does not tolerate antisemitism and any other sort of hate speech. Ye’s recent comments and actions have been unacceptable, hateful and dangerous, and they violate the company’s values of diversity and inclusion, mutual respect and fairness.”

“After a thorough review, the company has taken the decision to terminate the partnership with Ye immediately, end production of Yeezy branded products and stop all payments to Ye and his companies. Adidas will stop the Adidas Yeezy business with immediate effect.”
Advertisement 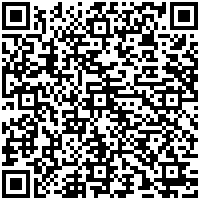