Saudia Arabia’s Crown Prince Mohammed Bin Salman (MBS) arrived in Jordan on Tuesday night for a 24-hour visit to meet with King Abdullah II on regional issues, and the relations between the two countries.

? | HRH Crown Prince Mohammed bin Salman arrives in #Amman and was welcomed by the King of #Jordan HM @KingAbdullahII. ????
pic.twitter.com/rX64EDBsk5


The Crown Prince and the Jordanian monarch “reviewed aspects of bilateral relations between the two countries, prospects for joint cooperation, and opportunities to enhance them in various fields,” according to a statement from the Saudi Foreign Ministry.

The Crown Prince and King Abdullah held their talks at the al-Husseiniya Palace in Amman.

Crown Prince Mohammed Bin Salman was quoted as saying the goal was to push for a “new phase of cooperation” for Jordan and Saudi Arabia, citing “great opportunities that will benefit both countries.” He did not, however, specify what those opportunities might be.

Why a Regional Tour Now?
The Saudi prince had arrived in Amman from Egypt, where he met with President Abdel Fattah al-Sisi to discuss “regional issues” that included Iran, Yemen, Iraq, Libya, Sudan, Lebanon, Syria and the Palestinian Authority.

Following his talks with King Abdullah, MBS headed Wednesday to Turkey, where he met with President Recep Tayyip Erdogan at the presidential complex in Ankara.

So, what is this regional tour all about?

It comes just a few weeks before President Joe Biden is expected to arrive in the region from Washington DC, for a start. Biden has a great many plans for his visit.

Biden’s Plans
A senior administration official told reporters this month the visit will focus on Israel’s increasing integration into the region through the Abraham Accords with UAE, Morocco, and Bahrain through deepening ties between Israel, Jordan and Egypt; and “also an entirely new groupings of partners, including Israel, India, UAE, and the United States.”

The President will also visit the Palestinian Authority (in Bethlehem, a bare five minutes from the Israeli capital) to meet with PA leader Mahmoud Abbas and other officials, the official noted. Biden has known Abbas for decades, he emphasized, saying the president “looks forward to reaffirming his lifelong commitment to a two-state solution and to discuss the ways in which we might rekindle a new political horizon that can ensure equal measures of freedom, security, prosperity, and dignity to Israelis and Palestinians alike.”

Jordan, Egypt and Saudi Arabia all strongly supports the creation of a so-called two state solution.

“We’ve provided over half a billion dollars in support, including humanitarian, economic, and security assistance for the Palestinians since April of last year,” the official pointed out.

“The president’s visit is a culmination of these contacts but also the start of what we hope will be new and reinvigorated dialogue, both between the United States and the PA, but also between the PA, regional capitals and, most importantly, Israelis.”

Biden will travel from Israel to Jeddah, Saudi Arabia where he will meet with nine heads of state during a summit of the Gulf Cooperation Council — GCC+3 — which includes Saudi Arabia, Kuwait, Oman, UAE, Bahrain, and Qatar, plus Iraq, Jordan, and Egypt.

Biden plans to tell his hosts the US is “fully committed to supporting the territorial defense of our partners against threats from Iran or elsewhere, and doing so in new integrated and innovative ways, while also combining these strong deterrent capabilities with proactive diplomacy to de-escalate tensions and wars wherever possible.”

Saudi Arabia and Jordan
With regard to Jordan, Saudi Arabia supports some 900 projects across the Hashemite Kingdom, costing Riyadh about $14 billion, according to the official Saudi Press Agency.

In 2021, the volume of trade between the two countries totaled more than $4 billion in 2021 – nearly a billion dollars more than it had the previous year, in 2020.

It is more than likely the two leaders discussed those figures as well as Biden’s visit next month, as well as the issue of relations with Israel.

Riyadh, the US and Cairo
Egyptian Minister of Petroleum and Mineral Resources Tarek El-Molla told the official Saudi Press Agency the Crown Prince’s visit to Cairo came at a “critical time regarding global changes…economically and politically.”

El-Molla went on to say the two countries see “eye-to-eye” on energy matters and said the countries would move towards “wider horizons” in the area of petroleum operations, investments and joint projects.

Energy and money are both increasingly important in a world where neither seems certain in the wake of Russia’s invasion of Ukraine.

Egypt has just signed a deal to provide natural gas to Lebanon, which will most likely be piped to Jordan before it runs through Syrian territory to reach Beirut. There have been rumors that Israeli gas supplies were being used in this project, which also involves the United States due to its sanctions on the regime of Syrian President Bashar al-Assad.

The US has agreed to relax those sanctions to allow the energy to reach Lebanon from Egypt – but at least some of that natural gas could be originating in Israel, who may be a silent partner in this deal so as not to ruffle the feathers of Iran and its Lebanese proxy, Hezbollah.

Saudi Arabia, the US and Turkey
As for the Crown Prince’s visit to Ankara, it is important to note that Turkey is delicately walking a tightrope due to its membership in NATO – which supports Ukraine — and its warm but increasingly shaky relationship with Moscow, which is intent upon blockading Ukraine’s access to the Black Sea.

Under the 1936 Montreaux Convention Regarding the Regime of the Straits, (which is still current today), Turkey has control over warships entering the straits, although it guarantees the free passage of civilian vessels in peacetime.

The definition of “peacetime” is pivotal here, since Russia and Ukraine are battling over access to the Black Sea, which is also bordered by Georgia, Bulgaria, and Romania, in addition to Turkey.

The Ankara government and Israel have been working to improve the frigid atmosphere that has characterized the relationship for more than a decade. 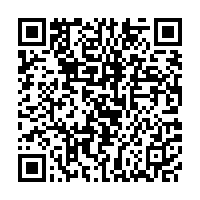