The Taliban has effectively won the war on the capital of Afghanistan Kabul on Sunday as its fighters have entered the city, freed inmates from the city’s main prison, and are now sitting back, observing from afar a massive airlift of Western diplomats and civilians.

Afghanistan’s President Ashraf Ghani’s office tweeted that the country’s national forces “have the city under control and there’s no need for the people to worry.” So, naturally, people are in a panic.


The new de facto rulers of Afghanistan issued a statement on Sunday promising they wouldn’t use force to take Kabul. Instead, the Taliban fighters have been ordered to wait while negotiations were being held with “the other side” on being handed the city without bloodshed.

“The Islamic Emirate instructs all its forces to stand at the gates of Kabul, not to try to enter the city,” the Taliban said in a statement. “Negotiations are underway to ensure that the transition process is completed safely and securely, without putting the lives, property, and honor of anyone in danger.”

The American and Afghan governments are asking the Taliban to wait two weeks until an agreement is reached for a transitional government. But a senior Afghan official told the Wall Street Journal on Sunday: “I do not think the Taliban will accept the offer.”

According to the Sydney Morning Herald, the Taliban soldiers entered through the capital’s four main gates on Sunday morning while the US military was starting the final evacuation of embassy staff and visa-holders. The presence of insurgents in the city suggests the Islamist militants are ready to retake power, some 20 years after the US and its allies invaded Afghanistan.

According to US News & World Report, the cost in human lives of the war in Afghanistan since the 2001 invasion has been: 2,448 American service members; 1,144 allied service members from NATO member states; 3,846 American contractors; 66,000 Afghan national military and police; 47,245 Afghan civilians; and 51,191 Taliban and other opposition fighters. Also, 444 aid workers, and 72 journalists.

The estimated amount of direct Afghanistan and Iraq war costs that the United States has debt-financed as of 2020: $2 trillion. The estimated interest costs by 2050: up to $6.5 trillion.

Of course, had the US spending of this staggering amount created happy, self-reliant democracies in Iraq and Afghanistan we would have cheered all the presidents who supported this endeavor, from Bush 2 to Beiden. But the heartbreaking part is that the civilized world received no benefit from that investment, and while in Afghanistan the situation has merely been reversed to what it had been 20 years ago, in Iraq the US has installed a Shiite regime that is much more loyal to the Islamic Republic of Iran than to Washington. Still, no refunds. 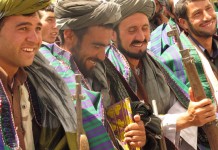 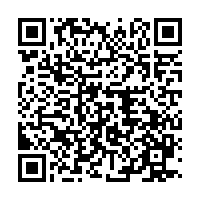