Following the announcement of the appointment of Mike Herzog as Israel’s next ambassador to the US, the heads of the Land of Israel lobby in the Knesset have called on Prime Minister Naftali Bennett to cancel the appointment, saying that Herzog is “actively striving to promote the dangerous idea of ​​the two-state solution” and that the decision “conforms to the principles of the left in government.”

The heads of the Land of Israel Lobby in the Knesset, Members of Knesset Yoav Kish and Orit Struck, sent a letter to Bennett on Sunday in which they appealed to him to cancel and prevent the expected appointment of Mike Herzog as Israel’s ambassador to the US.

They wrote that they “heard in astonishment” about the election of Herzog as Israel’s Ambassador to the United States, “a choice fully identified with Foreign Minister Lapid’s policy positions.” Lapid has recently voiced his support for a two-state solution and Israel’s withdrawal from further parts of Israel.

“The handing over of the keys to the ties with the US administration to a person who actively seeks to advance the dangerous idea of ​​the two-state solution, and to continue retreats from parts of the Land of Israel – is a decision that conforms to the principles of the left in your government, and will undoubtedly advance the disastrous policies of this group.”

They called on Bennett “to stop this dangerous appointment, and not to allow the left to take over the critical system of Israeli-US relations.”

They noted that “the people of Israel have clearly voted for a right-wing worldview, which denies the establishment of a Palestinian state and any further withdrawals from the parts of the Land of Israel. Prime Minister Bennett, this is the test for which government policy will lead, the election of Mike Herzog means left-wing policy. Now you have to decide whether the right-wing positions in the government will lead or not.”

Bennett announced Friday the appointment of Herzog as Israel’s Ambassador to the US.

He is the brother of President Isaac Herzog and the son of former President Haim Herzog.

Herzog will replace Gilad Erdan, who will retain his position as Israel’s envoy to the United Nations. 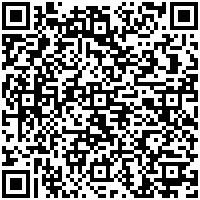