In the Michigan gubernatorial race, Democratic nominee Gretchen Whitmer has pushed back against her opponent, Michigan Attorney General Bill Schuette, in light of declining to comment on the BDS movement last week at a town-hall event.


“I recognize the fundamental rights are that we have the right to speak,” Whitmer said in response to a question from an audience member on BDS, according to a recording of the event. “No one gets to infringe on those rights on my watch.”

Attempting to clear the air, Whitmer said it’s clear that Schuette and “his partisan attack dogs would rather lie about my unwavering support for Israel than explain to voters why he supports congressional Republicans’ plan to let insurance companies deny coverage for people with pre-existing conditions.”

She continued, “The truth is that in the State Senate I proudly sponsored resolutions to reaffirm the unbreakable partnership between Michigan and Israel. I believe that the BDS movement is an affront to that relationship, and I am 100 percent opposed to BDS.

“I strongly support the bipartisan anti-boycott legislation that was signed into law by Governor [Rick] Snyder last year, and will do everything in my power to uphold it as Michigan’s next governor.”

Simultaneously, Gilchrist did not recant those tweets from 2009, instead echoing Whitmer’s sentiment. “Gretchen and I support the Jewish community. BDS is detrimental to a truly robust peace process,” he said. “But let’s be clear: the Republicans’ baseless attacks have nothing to do with Israel and everything to do with desperate politicians trying to invent an issue to run on after realizing that snatching health care from 680,000 Michiganders will be a loser at the ballot box in November.”

Nonetheless, the Republican Jewish Coalition expressed some skepticism about the matter.

“They don’t even take up the issue with the tweets about Israel and Hamas,” RJC spokesperson Neil Strauss told JNS. “When it comes to BDS, it was obviously very clear in her original comments. They seemed to indicate something very different than what she’s saying now.”

Regarding Gilchrist’s tweets, Straus said they’re “so objectionable” that the campaign is not addressing them.

Nevertheless, the Jewish Democratic Council of America is standing by Whitmer and Gilchrist.

“In an August 31 press release, Gretchen Whitmer made it explicitly clear that she strongly supports the state of Israel and the unbreakable partnership between Israel and Michigan, and is ‘one hundred percent opposed to BDS,’ ” JDCA executive director Halie Soifer told JNS. “She has also expressed strong support for the anti-BDS signed into law last year and committed to upholding it as Michigan’s next governor.”

“Gilchrist has clarified that his decade-old tweets do not reflect his current views with regard to BDS, which he has characterized as ‘detrimental to a truly robust peace process,’ ” said Soifer. “Meanwhile, the Republican gubernatorial nominee, Bill Schuette, was recently photographed sitting next to alt-right leader Steve Bannon at a local Republican Party event, and remains silent on the numerous neo-Nazis and white supremacists running for Congress as Republicans.”

Leading A Nation Of Individuals 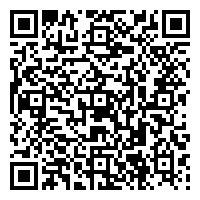