US President Joe Biden is mulling the possibility of sending troops to eastern Europe near Ukraine, as Russia adds more forces to its current deployment of 100,000 troops massing along its border with Ukraine.

A second delivery of some 90 tons US military defense equipment was set to arrive Monday in Ukraine as tensions between Moscow and Kyiv continue to rise, and NATO is sending ships and planes to the region and have placed their forces on standby to bolster eastern European defenses as the conflict heats up.

All told, the US plans to send some $200 million worth of “lethal aid” to support Ukraine troops at the front lines. The UK is also sending supplies.

The UK claimed over the weekend the Kremlin is attempting to launch a coup in Ukraine by throwing out the country’s democratically-elected President Volodymyr Zelensky and replacing him with one that is friendly to Moscow.

In 2014, Russia seized the Ukraine territory of Crimea. At least two million people have fled their homes and some 14,000 have been killed in fighting between the Ukraine army and pro-Russian rebels since that time.

US Deliveries of Defense Equipment ‘Ongoing’
President Joe Biden had already authorized $200 million “in additional support to meet Ukraine’s emergency defense needs” last month, a State Dept. spokesperson said. “Those deliveries are ongoing and there are more scheduled in the coming weeks.”

An initial delivery of US-made small-arms ammunition and Javelin anti-armor missiles was sent to the eastern European nation this past Friday. “More than 80 tons of weapons to strengthen Ukraine’s defense capabilities from our friends in the USA!” Ukraine Defense Minister Oleksii Reznikov tweeted.

The second bird in Kyiv! More than 80 tons of weapons to strengthen Ukraine's defense capabilities from our friends in the USA! And this is not the end ? ?????
P.S. the cargo arrived under dependable protection ?@WhiteHouse @congressdotgov @USEmbassyKyiv @UKRintheUSA pic.twitter.com/ReNaj9tRds

The weapons deliveries to Ukraine were approved last Wednesday by the US State Department, which also authorized the transfer of American-made missiles from Baltic NATO members Estonia, Latvia and Lithuania.

The US Embassy in Kyiv added in a Facebook post, “The United States will continue providing such assistance to support Ukraine’s Armed Forces in their ongoing effort to defend Ukraine’s sovereignty and territorial integrity against Russian aggression.”

In addition to the Javelin missiles, Ukraine is slated to receive Stinger anti-aircraft missiles and related equipment as well, Baltic defense ministers said.

Moreover, the US “is identifying additional equipment held in DoD inventories that can be delivered under the Excess Defense Articles program, among other mechanisms, and we recently notified Congress of its intent to deliver Mi-17 helicopters,” the US National Security Council told Defense One.

Families of US Embassy Personnel Ordered to Leave
Families of all American personnel at the US Embassy in Ukraine were ordered to leave the country on Sunday, according to a Military Times report.

The US State Department told non-essential embassy staff they could also leave at government expense.

Americans still in the country were also urged to leave as well via commercial flights “while they are still available.” They were warned that if war breaks out, they “should not expect to be evacuated” by the government.

A senior State Department official told Military Times, “We want US citizens in Ukraine to know that the security conditions particularly along Ukraine border in Russia occupied Crimea, and in Russia-controlled eastern Ukraine are unpredictable and can deteriorate with little notice.

“We want US citizens in Ukraine to be aware for their planning purposes that Russian military action anywhere in Ukraine would severely impact the US Embassy’s ability to provide consular services, including assistance to US citizens in departing Ukraine.”

The official added that the US government “will not be in a position to evacuate US citizens in such a contingency, so we want US citizens currently present in Ukraine to plan accordingly, including by availing themselves of commercial options who they choose to the country.”

European Union Providing Funds to Help Ukraine
The European Union (EU) has also expressed support for Ukraine, with President Ursula von der Leyen announcing Monday (Jan. 24) on the EU website the EU had approved a new financial assistance package to Ukraine including an infusion of EUR 600 million, from emergency loans and grants.

“First, the Commission proposes a new emergency macro-financial assistance package (MFA) of EUR 1.2 billion. This package will help Ukraine now to address its financing needs due to the conflict. We count on the Council and the European Parliament to adopt this emergency MFA as soon as possible. We will then proceed to the rapid disbursement of a first tranche of EUR 600 million. Moreover, we will soon start work on a second, longer-term MFA program to support the country’s modernization efforts.

“Second, the Commission will almost double its bilateral assistance to Ukraine in grants this year: Another EUR 120 million will be allocated. This support will strengthen Ukraine’s state-building and resilience efforts,” she said.

“On top of this, we will continue to invest in the country’s future, thanks to our Investment Plan for the country. This plan aims to leverage over EUR 6 billion in investments.

“Let me be clear once more: Ukraine is a free and sovereign country. It makes its own choices. The EU will continue to stand by its side.” 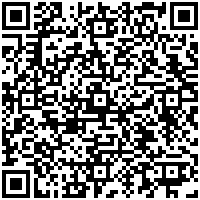