Rep. Jerry Nadler whose district includes downtown Manhattan and the site of the 9/11, 2001 attack, on Friday told the NY Times he would investigate the perjury and sexual misconduct allegations against the new Supreme Court Justice Brett Kavanaugh. Nadler, currently the ranking Democrat on the House Judiciary Committee—expected to become the committee chairman come the November elections—called the FBI probe of Kavanaugh a “whitewash.”

“It is not something we are eager to do,” Mr. Nadler told the Times, “But the Senate having failed to do its proper constitutionally mandated job of advise and consent, we are going to have to do something to provide a check and balance, to protect the rule of law and to protect the legitimacy of one of our most important institutions.”


According to Pew, Nadler is one of 30 Jewish members of Congress, 28 of whom are Democrats and 2 republican.

Meanwhile, in a move that threatens the Democrats’ dreams of bolstering their Senate position, MoveOn announced on Friday that they’re “canceling a planned six-figure digital video ad expenditure for Phil Bredesen in Tennessee due to his Kavanaugh position, and similarly will be pulling all planned campaigning on behalf of Joe Manchin in West Virginia if he votes yes. Kavanaugh is unfit for the Court.”

Democrats accuse Kavanaugh of lying under oath to the Senate Judiciary committee on two occasions: his most recent confirmation hearings for the position of Supreme Court Justice, and his confirmation hearing for the United States Court of Appeals for the District of Columbia Circuit in 2006.

In July 2007, Senators Patrick Leahy and Dick Durbin accused Kavanaugh of lying to the Judiciary Committee when he denied being involved in formulating the Bush administration’s detention and interrogation policies.

Under the Constitution, the president, the vice president and federal judges may be removed from office for “treason, bribery, or other high crimes and misdemeanors.” The House votes on the impeachment by a majority vote, followed by a trial by the Senate. A conviction requires 67 Senate votes. This practically guarantees that while a Democratic House would vote to impeach, the Senate, which is expected to remain Republican, would exonerate the new justice. 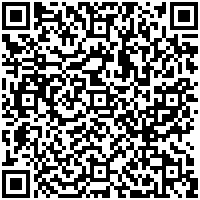