On June 14, Judge Kotler ruled that YU is a non-religious organization and as such, it is subject to New York City’s Human Rights Law, therefore, it had to “immediately grant plaintiff YU Pride Alliance the full equal accommodations, advantages, facilities, and privileges afforded to all other student groups at Yeshiva University.”

In September, just before the start of the new academic year, YU petitioned the US Supreme Court for an emergency stay. The school issued a press release saying, “Yeshiva is now asking the Court to protect its religious mission from government interference. The lower court rulings would force Yeshiva to put its stamp of approval on a club and activities that are inconsistent with the school’s Torah values and the religious environment it seeks to maintain on its undergraduate campuses.”

Ow Justices Troy Webber, Lizbeth González, Manuel Mendez, and Bahaati Pitt-Burke sided with Judge Kotler’s initial ruling that YU is not a religious institution which is exempt from NYC’s Human Rights Law and therefore recognizing a gay club for its undergraduate students not harm its First Amendment rights.

The court said that “a plain reading of the above statutes, along with Yeshiva’s proffered statements to public authorities contained in the record, show that Yeshiva does not qualify under either definition.”

The court also pointed to gay clubs that already exist for YU’s graduate students at the Benjamin N. Cardozo School of Law, Ferkauf Graduate School of Psychology, and Albert Einstein School of Medicine.

“The record demonstrates that Yeshiva already recognizes LGBTQ+ student organizations at three of its graduate schools, which are legally part of Yeshiva’s corporation, has done so for over 25 years and made clear as early as 1995 that this recognition did not mean Yeshiva endorsed or accepted the views of those student groups,” the court said, and concluded: “As such, and in light of Yeshiva’s corporate purpose as an institution of higher education, we find that denial of recognition for the Pride Alliance is not ‘essential’ to Yeshiva’s ‘central mission.’”

As expected, YU is not taking this ruling sitting down. A spokesperson for the university said, “Yeshiva is disappointed in the court’s ruling, and will continue on appeal to defend against the claim that we are not a religious institution.”

All the way up to the Supreme Court. But first, it must appeal to New York’s Court of Appeals, the state’s highest court, and when they decide that YU is not a religious institution, only then will the school appeal to the highest court in the land, where they may or may not find allies.

All the way back in 1970, Rav Yosef Ber Soloveitchik called on Yeshiva University to reverse its “non-sectarian” trend. The Rav was worried that the school might not be able to enforce religious observance in the dorms or require the students to attend one of the University’s religious divisions. In a speech the Rav delivered during the Chag Hasemicha, on April 12, 1970, he warned that a rebellious undergraduate student may challenge YU’s requirement of attendance at religious services, which was not compatible with the school’s secular status. 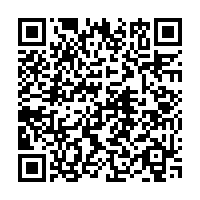