Some 250 Friends of the Israel Defense Forces (FIDF) supporters from the Tri-State area, with Sharon Tal, head designer of Israel’s prestigious Maskit Fashion House, gathered on Sept. 13 with former Israeli soldiers-turned-models for a fashion event at Metropolitan West in New York to support well-being and educational programs for the soldiers of the IDF.

The Fashion for Philanthropy event, hosted by the FIDF Tri-State Region, brought together FIDF friends and supporters, as well as models who served in the IDF and other soldiers, and launched FIDF’s Philanthropic Women Campaign. The event featured a keynote speech and clothing by Tal, and guests learned about Israeli fashion and shopped for designer Israeli clothing. Tal, an internationally known designer, was recently nominated for Designer of the Year in the 2018 Fashion Awards by “At” Magazine. A percentage of the event proceeds will be donated to FIDF’s programs in support of the soldiers.


Among the models was Sgt. Lea, a former L’Oreal model from Austria who served as a Lone Soldier — one who immigrated to Israel without any immediate family in order to serve in the IDF — in a special combat operations Artillery Corps unit.

Philanthropists Ruth Schwalbe, of New York City, whose father, John Klein z”l, was a Holocaust survivor and a founder of FIDF, and Carol Levin, of New York City as well, co-chaired the event.

“We are thrilled to host this exciting event with a talented designer like Sharon to help support the brave men and women of the IDF,” said Galit Brichta, FIDF Tri-State Executive Director. “This event kicks off the FIDF’s Philanthropic Women Campaign, and having models who were IDF soldiers here creates a truly unique experience.” 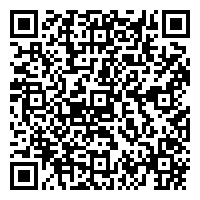