It had to do with a video clip Shaffir had posted after news had broken about Kobe Bryant’s death in a helicopter crash Sunday.

“Every once in a while a good story comes out. A guy who got away with rape got his today. Kobe Bryant is gone,” Shaffir said, with a self-satisfied smile.

Ari Shaffir, 46, is the producer and host of the Skeptic Tank podcast. He also co-hosts Punch Drunk Sports with Jayson Thibault and Sam Tripoli, and is a regular guest on The Joe Rogan Experience. The grandchild of Romanian Holocaust survivors, Ari was nine when his family did t’shuva and moved to Maryland. His Wiki page says he attended Yeshiva University.

The late Kobe Bryant admitted in 2003 to a sexual encounter with his accuser but denied the assault allegation. The case was dropped after Bryant’s accuser refused to testify. A separate civil suit was later filed against Bryant by the accuser, which was settled out of court and Bryant apologized publicly, but did not admit guilt.

Shaffir also said, in another video, “Kobe Bryant died 23 years too late. He got away with rape because all the Hollywood liberals who attack comedy enjoy rooting for the Lakers more than they dislike rape … What a great day!”

The comic deleted the offending videos from his Facebook page, but, as you can see, there’s this thing on the Internet called other people – so other people posted it again.

Shaffir posted a kind of apology on Instagram, saying: “Every time a beloved celebrity dies, I post some horrible [expletive] about them. I like destroying gods. So as a response to all the outpouring of sympathy on social media, I post something vile. It’s just a joke. I don’t really hate any of the people.” 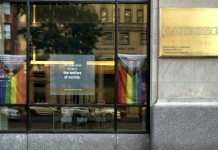