An old, heavy coffee-table transformed into a beautiful dreidel-shaped menorah stand now sits not far from the bimah at the shul where, one year ago, a terrorist stormed into the house of the community’s Rabbi hoping to kill as many Jews as he could.

Thanks to the shul’s supervisor, Josef Gluck, many lives were saved and the terrorist was quickly caught.


“It’s note-worthy having experienced such a difficult year in 2019,” Rabbi Yisroel Kahan, Executive Director of Oizrim Jewish Council in Monsey told The Jewish Press. “With all the antisemitism, the verbal and physical attacks, and all the lives lost in Pittsburgh, Jersey City and in Monsey- it’s as if everything was forgotten when Covid came. It just points out how difficult a year it has been.”

On December 28, 2019, while Rabbi Chaim Rottenberg was in his home hosting a crowd gathered to sing and light the menorah, Thomas Grafton, entered carrying a machete. Thankfully, much of the crowd had begun to make its way over to the shul, Netzach Israel, next door. “If this attacker had come a half hour earlier, the house would have been jam-packed with people,” Rabbi Kahan said. “Indeed, even in the darkness we see the hand of HaShem.” Gluck had already left the house but ran back inside once he realized others were still in danger.

Confronting the terrorist, Gluck picked up a heavy marble-topped coffeetable and thew it at Grafton, hitting and wounding him before breaking into two large pieces. Even after being wounded, Grafton threatened Gluck, saying “I’ll get back at you.” Gluck followed Grafton as he jumped into a vehicle and drove away, managing to write down his license plate number. Grafton was arrested a few hours later after crossing the George Washington Bridge into Manhattan.

The most gravely wounded victim, Josef Neumann, died in the hospital 3 months later. He had been in a coma for 59 days.

“It’s sad that he died, but it’s a miracle that so many others were spared,” said Rabbi Kahan. The coffee table was eventually thrown out as trash with the rest of the broken furniture from the attack, but Gluck retrieved it. Rabbi Kahan said, when asked what he was going to do with it, Gluck said ‘This is not something you throw away.’ “He said he was going to make a stand for the menorah.” The stand was completed in time for Chanukah one year later in 2020. “In every place, wherever you go Hashem is there,” Rabbi Kahan said. “Sometimes you see it sometimes you don’t, but this is a live reminder to us.”

On the menorah stand inscribed in Hebrew are the words “A Big Miracle Happened Here.” 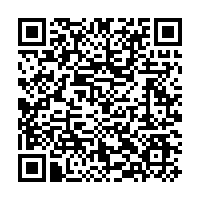