On Wednesday Around 9 PM, the National Weather Service issued a tornado warning for the Bronx, following radar indicating that a tornado had formed in the area. The weather service recorded in one-hour rainfall of “at least” 3 to 5 inches across northeastern New Jersey and New York City, and the entire area is under a flash flood emergency. According to the weather service, 3.24 inches of rain were recorded in Newark International Airport between 8 and 9 PM, and 3.15 inches in Central Park between 8:51 and 9:51 PM.

Outside our apartment in Brooklyn right now as tropical storm Ida hits NYC. A legit river. Never seen it like this. Stay safe everyone. ❤️ #TropicalStormIda pic.twitter.com/QiMxRsZG4E


At 10:41 PM Wednesday, the Metropolitan Transportation Authority issued a statement saying, “Train service may be extremely limited tonight because of heavy rainfall and flooding across the region. We strongly recommend you avoid traveling at this time, if you can.”

New Jersey Transit announced Wednesday night that all New Jersey rail service was suspended, except for the Atlantic City line.

Newark International Airport tweeted that it was experiencing “severe flooding,” and consequently, “all flight activity is currently suspended & travelers are strongly advised to contact their airline for the latest flight and service resumption information. Passengers are being diverted from ground-level flooded areas.”

Hurricane Ida burst into the New York City area on Wednesday evening with furious rain that fractured homes in New Jersey. The storm system, on its way to southern New England, is causing life-threatening floods. The weather service has issued tornado warnings for Pennsylvania, New Jersey, and Delaware, and a specific warning for Philadelphia, where a “large and extremely dangerous” tornado swept south of the city, near Gloucester City, NJ. The weather service warned residents of these areas that “you are in a life-threatening situation. Flying debris may be deadly to those caught without shelter.”

#Ida continuing to wreak havoc, this time out east. FLASH FLOOD emergency from Philadelphia to New York City where 6-11″ has fallen. These stunning #flashflood photos come from Newark, NJ taken by the sister of one of my wgn colleagues. #Weather pic.twitter.com/rYMsrmNLOa

Mayor John Dominy of Wenonah in Gloucester County, southern New Jersey, posted that his town “suffered extensive damage following this evening’s tornado event,” and warned his residents, “Do not venture out. Many trees are unstable. Third, please do not approach downed wires as many may be live. With nightfall, it is difficult to see and dangerous to either walk or drive. Many of our streets are impassable.” He also said, “We do not have an estimate of when power will be restored.” 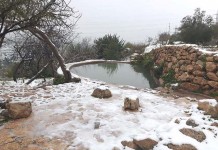 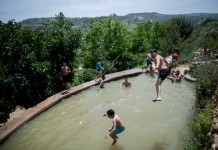 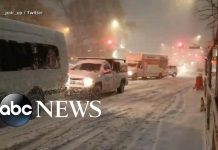 It’s Going to Be a Freezing Thanksgiving 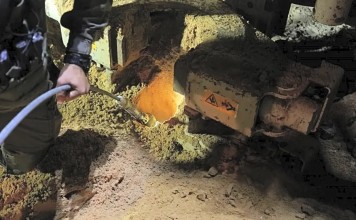