The Global Polio Eradication Initiative reported last Friday that a case of paralytic polio in an unvaccinated individual in Rockland County, New York, has been connected to cases in Jerusalem and London.

According to the report, the Global Polio Laboratory Network (GPLN) has confirmed that the VDPV2 (a rare strain of poliovirus, genetically changed from its original strain contained in oral polio vaccine) that was isolated from the case in Rockland, is genetically linked to two Sabin-like type 2 (SL2) isolates, collected from environmental samples in early June in both New York and greater Jerusalem, as well as to the recently-detected VDPV2 from environmental samples in London, UK.

Further investigations – both genetic and epidemiological – are ongoing to determine the possible spread of the virus and the potential risk associated with these various isolates detected from different locations around the world, the GPEI reported.

The group stressed that it is vital that all countries, in particular those with a high volume of travel and contact with polio-affected countries and areas, strengthen surveillance to rapidly detect any new virus importation and to facilitate a rapid response. Countries, territories, and areas should also maintain uniformly high routine immunization coverage at the district level and the lowest administrative level to protect children from polio and minimize the consequences of any new virus being introduced.

Polio is a serious and life-threatening disease. It is a virus that can affect the nervous system and cause muscle weakness. Some polio cases can result in paralysis or death. There is no cure for polio, but it is preventable through safe and effective vaccination.

Rockland was the epicenter of a measles outbreak in 2018 and 2019 mainly in children in the Orthodox Jewish communities there whose parents refused to get them vaccinated. In response, New York lawmakers ended vaccination exemptions based on religious beliefs. 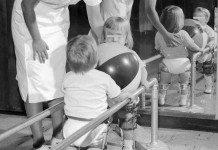 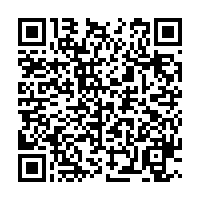