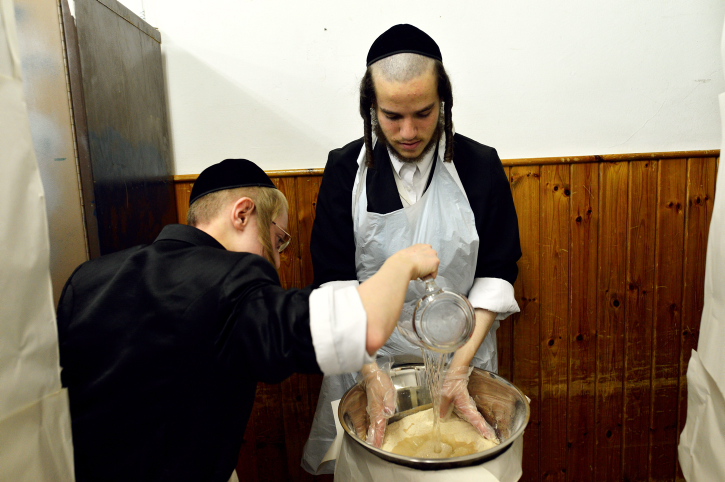 There is a dispute in the Gemara (Menachot 11a) regarding the correct way to do a kemitza. A kemitza is a handful measure used in the Mikdash, for example to measure solet or levonah. According to one opinion, the kemitza is grasping the ingredient with all five fingers of the hand, like a fist. The second opinion is that only the middle three fingers grasp the ingredient and the thumb and small (pinky) finger simply rub off the excess from both ends.

Parshat Devarim, in which Moshe rebukes Am Yisrael “Eicha Esa Levadi – How shall I one bear” always precedes Tisha B’Av.


I would like to share with you a refreshing new look from the book Meir Panim from one of the central stories of the churban, the destruction, but before that we need to backtrack to the sixth day of Creation.

Hashem gathered dust from all corners of the earth, mixed it with water and from this created Adam HaRishon. Meir Panim brings a principle that Hashem gathered the dust (as it were), using a kemitza. The Sages give us an hour-by-hour breakdown of that day. It is difficult to picture so much being squashed into such a short time, but if examined using the premise that one day in Hashem’s eyes is like 1,000 years for us (or one hour for Hashem is like 42 years for us) – it makes more sense.

The first commandment Hashem gave Adam HaRishon was Pru u’Revu, to procreate. You would think that this would be Adam’s first order of business, but we know from the verse that only after Adam sinned with the eitz hada’at, the Tree of Knowledge, and was banished from Gan Eden, that Adam “knew” Chava, his wife. (Bereishit 4,1). It was this “tardiness” in performing Hashem’s commandment that resulted in the sin of the eitz hada’at in the first place.

Chava’s sin, born of frustration at her husband’s lack of diligence, was thinking she could create life without involving Adam or even Hashem, using the same method Hashem used to create man: taking the fruit of the eitz hada’at (wheat), grinding it into dust (flour), mixing it with water, and breathing life into the dough (chametz).

The Sages say that Adam and Chava were guilty of all three cardinal sins – idolatry, (believing the snake’s lashon hara that the eitz hada’at preceded Hashem in the world), bloodshed (making mankind, who until the sin was immortal – mortal), and adultery (the snake with Chava, which resulted in the birth of Kayin).

The Gemara provides details of the three stories – all revolving around weddings. However, if you dig a little deeper beyond the superficial level, you discover the root cause of the churban:

“AKamtza u’Bar Kamtza Charuv Yerushalyim.” Jerusalem was destroyed because of Kamtza and Bar Kamtza. What does the Gemara mean in saying “AKamtza,” with an aleph before the name Kamtza? Aleph is Hashem – One. Hashem created Adam HaRishon with Kemitza. Adam is Kamtza! Kamtza is the good friend of the ba’al hasimcha, the One who is making the wedding. Which wedding? The wedding of Adam and Chava, in which Hashem led the bride up to the chuppah. Where was the wedding? In Yerushalayim, Gan Eden, the location of the Beit HaMikdash.

But something went wrong. Instead of Kamtza being the guest of honor, an uninvited guest, Bar Kamtza, showed up. Bar Kamtza is the son of Kamtza: Kayin, who was born from adultery between Chava and the snake. Being rejected progeny, Kayin developed an insidious hatred for his brother Hevel, which eventually led to his killing him.

The first Mikdash was thus destroyed by idolatry, murder and adultery. The second Mikdash was destroyed by unbridled hatred, sinat chinam. The commentators say that the dispute between Kayin and Hevel was over who was going to merit having the Mikdash in their territory.

The next story is about Tur Malka, the Mountain of the King, a city in Eretz Yisrael with, according to Chazal, an astronomical population that defies imagination. The story of Tur Malka is all about procreation, and it was destroyed by a “rooster and a chicken.” A virile rooster’s job is to give you a wakeup call. Adam “overslept”; he was tardy in performing Hashem’s commandment of procreation. A (female) chicken is a symbol of fertility. Chava tinkered around with the mechanism of procreation, trying to exclude her husband and Hashem from the equation, and was given a birth-related curse.

Beitar, the city of the Mashiach, Bar Kochba, was destroyed because of two trees, the Eitz haChayim (Tree of Life), humble as a cypress, and the eitz hada’at, tall and arrogant as a cedar. As a result of the sin with the eitz hada’at, Hashem had to create (among other things) the mechanism of Mashiach in the twilight hours before Shabbat: – pi ha’aton (the mouth of Bilam’s donkey), which resulted in the birth of Rut, ancestor of David HaMelech.

We see from this that the stories in the Gemara, which are either true or allegorical, harbor a deeper meaning that cuts straight to the root cause why the two Batei Mikdash were destroyed. It all began with “tardiness” in performing Hashem’s commandment. That was the root of it all. Following that, in the vacuum created by the lack of mitzvos, the yetzer hara filled the empty space.

To merit the rebuilding of the Mikdash, we have to live in a consciousness that there is no time to waste. We have to grab every minute, every second, every millisecond, like it is our last. Do a mitzvah, another mitzvah – furiously grabbing mitzvos and not becoming enticed by the “leisurely ‘what’s the rush?’” culture of the yetzer hara.

What is the difference between a kemitza with all five fingers and with just the middle three? The five-fingered kemitza is the original one used by Hashem to create Adam HaRishon (we use it to do hafrashat challah). The three-fingered kemitza is reminiscent of a hand grasping a snake (try it – press the middle three fingers to your palm and wiggle your thumb and pinky). We have to grab the “snake/yetzer hara,” control it, and restore the reality to the original kemitza, thus repairing the sin of Adam and Chava and restoring the world to its original intended purpose.

Parshat HaShavua Trivia Question: In the first pasuk, why does Moshe use euphemisms? Why doesn’t he spell out exactly which sins Am Yisrael angered Hashem with – the eigel, the meraglim, ba’al peor, etc.?

Answer to Last Week’s Trivia Question: At which stop in their journey in the desert did Bnei Yisrael first receive the mann? Alush (from the root of the word “lushi va’asi ugot”). 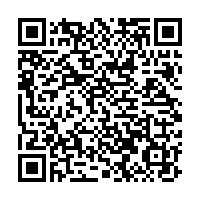