Later Wednesday, Twitter CEO Jack Dorsey tweeted, “Our communication around our actions on the NY Post article was not great. And blocking URL sharing via tweet or DM with zero context as to why we’re blocking: unacceptable.”

Our communication around our actions on the @nypost article was not great. And blocking URL sharing via tweet or DM with zero context as to why we’re blocking: unacceptable. https://t.co/v55vDVVlgt


Which does not mean that the head of the most influential social network in the universe regretted blocking the Post story – only the way it was handled. But the powers that be at Twitter (and Facebook) remained determined not to allow the distribution of the Post’s revelations which cited emails it claimed reveal evidence of influence-peddling by presidential candidate Joe Biden’s son Hunter, an allegation that has yet to be corroborated.

The NY Post unconfirmed story (Smoking-gun email reveals how Hunter Biden introduced Ukrainian businessman to VP dad) claimed that “Hunter Biden introduced his father, then-Vice President Joe Biden, to a top executive at a Ukrainian energy firm less than a year before the elder Biden pressured government officials in Ukraine into firing a prosecutor who was investigating the company, according to emails obtained by The Post.”

The Biden campaign said in a statement that they reviewed Biden’s official schedules and found no such meeting between Biden and the Ukrainian executive, a fellow named Vadym Pozharskyi, had taken place. The Democratic campaign then reiterated that Joe Biden did not engage in any wrongdoing regarding US foreign policy in Ukraine.

No other news organization has so far verified the Post’s article, and two former Biden aides told Politico that they never heard of Vadym Pozharskyi. Biden’s former aide Michael Carpenter said the story was part of “a Russian disinformation operation.”

Both Facebook and Twitter on Wednesday took action to stop the above Post story and a second one, also about Hunter Biden, which the newspaper said were based on emails provided by Rudy Giuliani, who found them on a laptop in a computer-repair shop somewhere in Delaware (the Bidens’ home state) in April 2019. Apparently, a customer brought in for repair a water-damaged MacBook Pro and never came back to pay for retrieving the information on its hard drive. The shop owner did not identify the customer as Hunter Biden. He did point to a sticker of the Beau Biden Foundation that was on the laptop.

Facebook on Wednesday decided the Post story was potential misinformation and limited its distribution. Facebook policy communications director Andy Stone tweeted that the story was “eligible to be fact-checked by Facebook’s third-party fact-checking partners” so “in the meantime, we are reducing its distribution on our platform.”

Twitter for its part disabled the Post tweets that linked to the two stories in question and blocked other users, including White House Press Secretary Kayleigh McEnany from linking the Post story, informing users: “We can’t complete this request because this link has been identified by Twitter or our partners as being potentially harmful.”

A Twitter spokesperson said the New York Post story violated the company’s hacked material policy against “the use of our services to directly distribute content obtained through hacking that contains private information, may put people in physical harm or danger or contains trade secrets.”

According to the NY Post, the discovered emails suggest that Hunter Biden introduced Joe Biden, who was serving as Vice President at the time, to a Ukrainian energy firm top executive, following which (less than a year later) the VP leaned on the Ukrainian government to fire a pesky prosecutor who was investigating said energy company.

“The never-before-revealed meeting is mentioned in a message of appreciation that Vadym Pozharskyi, an adviser to the board of Burisma, allegedly sent Hunter Biden on April 17, 2015, about a year after Hunter joined the Burisma board at a reported salary of up to $50,000 a month,” goes the NY Post story.

The email allegedly reads: “Dear Hunter, thank you for inviting me to DC and giving an opportunity to meet your father and spent [sic] some time together. It’s realty [sic] an honor and pleasure.”

The Post story cites an email from May 2014 that allegedly shows Pozharskyi asking Hunter Biden for “advice on how you could use your influence” on Burisma’s behalf.

As these things go, the attempt to restrict or ban the story gave it an enormous boost, especially after President Donald Trump tweeted (sans a live link to the story, but clear enough so users could copy&paste the key words to Google): “So terrible that Facebook and Twitter took down the story of ‘Smoking Gun’ emails related to Sleepy Joe Biden and his son, Hunter, in the @NYPost. It is only the beginning for them. There is nothing worse than a corrupt politician. REPEAL SECTION 230!!!”

So terrible that Facebook and Twitter took down the story of “Smoking Gun” emails related to Sleepy Joe Biden and his son, Hunter, in the @NYPost. It is only the beginning for them. There is nothing worse than a corrupt politician. REPEAL SECTION 230!!! https://t.co/g1RJFpIVUZ

Section 230 of the Communications Decency Act protects internet companies from legal liability for managing posted content on their services. In May, the president issued an executive rescinding Section 230 protections for social networks that censor posts. 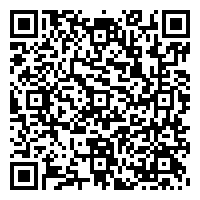