“I think that Netanyahu is a Trump-like figure,” Rep. Alexandria Ocasio-Cortez (D-NY) on Sunday told the Yahoo News “Skullduggery” podcast, suggesting Netanyahu’s reelection was part of “the ascent of authoritarianism across the world.”

The honorable Congresswoman from the Bronx and Queens is notorious for saying stuff she doesn’t really understand, so we feel obligated to explain that “Authoritarianism” is a form of government characterized by strong central power and limited political freedoms. Individual freedoms are subordinate to the head of the state and there is no rule of law. Now, seeing as Israel has just conducted an election in which the fall of the four-term prime minister was definitely a possibility, and is forced, as always, to rely on a coalition government composed of of several parties, AOC should probably issue an apology, if she’s still in the habit of doing that after each new moronic statement.

McCollum (D-Minn.) caught a whole bunch of flack back in October 2018 when she accused Israel of being an apartheid state. It was during a speech she delivered after the US Campaign for Palestinian Rights had given her its leadership award. “Friends, the world has a name of that form of government that’s codified in the Nation-State Law, and it’s called ‘apartheid,’” McCollum said.

McCollum is also the genius behind the “Promoting Human Rights by Ending Israeli Military Detention of Palestinian Children Act,” which “prohibits U.S. assistance to Israel from being used to support the military detention, interrogation, or ill-treatment of Palestinian children in violation of international humanitarian law or the use against Palestinian children of: (1) torture, inhumane, or degrading treatment; (2) physical violence or psychological abuse; (3) incommunicado or administrative detention; (4) solitary confinement; (5) denial of parental or legal access during interrogations; or (6) force or coercion to obtain a confession.”

She should have added using Christian children’s blood to make matzos using US aid money while she was at it.

AOC was especially disturbed by the (tacit) announcement by Netanyahu that he would consider imposing Israeli law on the settlements, which have been under virtual martial law for 52 years. This limited act of extending Israeli sovereignty has been described in the Western media to mean “annexation,” which it is anything but. Not great with subtleties, AOC stated that US policy toward Israel should be affected by the proposed “annexation,” adding that there are “conversations happening in our caucus” on this matter.

It should be noted that US military and economic aid to Israel is anchored in the Camp David peace deal with Egypt, aimed at compensating Israel for agreeing to give up the Sinai peninsula, an area double the size of its remaining territory. Losing this vast stretch of land caused Israel costly restrictions on its army’s ability to train and maneuver, and President Jimmy Carter (another genius Democrat) offered the aid as a solution.

It should also be noted that the 10-year, $38 billion aid package enacted by the Obama Administration in 2018 was constructed with a built-in schedule of eliminating Israeli companies from benefiting from it. Israel will have lost an estimated 22,000 jobs by the year 2028, when a new aid package will or will not be forged. This also means that cutting US aid to Israel would result in the loss of more than 100,000 US military industry high paying jobs, including in several major plants across NY State. 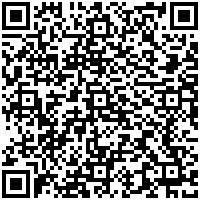