The Pentagon is planning to present plans to President Trump on Thursday to send as many as 10,000 more troops to the Middle East, in face of Iranian threats, the Washington Post reported Wednesday.

According to the report, US officials said President Trump might not approve sending this or a smaller number of troops, in a move that is not a response to a specific new threat from the Islamic Republic but aims to boost US response capabilities with additional Patriot missile batteries and more ships in the region, as well as increased intelligence monitoring of Iran. The president is on the record numerous times in favor of reducing US troop allocation to the region, and has ordered near-total troop removal from Syria.

In closed briefings at the House and Senate on Tuesday, defense officials insisted they didn’t want to go to war with Iran and, in fact, were looking to de-escalate the tensions.

Secretary of State Mike Pompeo and Acting Defense Secretary Patrick Shanahan have told Congress the administration wants to deter, rather than provoke Iran, and Shanahan has stressed that “our biggest focus at this point is to prevent Iranian miscalculation.”

Meanwhile, on Thursday, Fars News quoted the commander of the Iranian Army’s Khatam ol-Anbiya Air Defense Base Brigadier General Alireza Sabahi Fard as saying the Iranian army constantly monitors threats on land, air and sea so that if the enemy wants to take any action, it will face a firm and crushing response, and Commander of Iran’s Army Major General Abdolrahim who said, “Thanks God, today, all army units enjoy high morale and full combat preparedness and if the enemy makes a miscalculation or strategic mistake, they will receive a response which makes them regret.”

On Tuesday, Lieutenant Commander of the Islamic Revolution Guards Corps (IRGC) Brigadier General Ali Fadavi mused: “These days, our enemies are ranting and raving and attempting to put us under pressure in various ways, but I’m proud to say that the Islamic Revolution is now much more powerful than the past.” 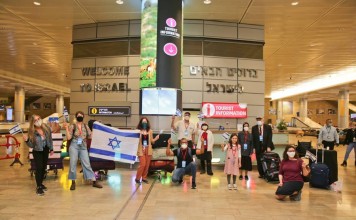