The Rabbinical Court of Netanya, Israel, has recently ruled to revoke the conversion of a couple from the United States who claimed they had undergone conversion some 30 years ago, Srugim reported Sunday. As the case had moved from Netanya to the Rabbinical High Court and back to Netanya, the judges discovered they had unearthed a movement of Jews for Jesus seeking legitimacy in Israel through dubious conversions back in the States.

The plaintiff was an Olah from the US who petitioned the Rabbinical Court to confirm her Jewish status, saying she was born to parents who had converted in the US. The Netanya court rejected her request on the grounds that the court that converted her parents was not recognized by the Chief Rabbinate in Israel. She then appealed to the Rabbinical High Court, claiming said US rabbinical court was, in fact, Orthodox, making it impossible to revoke her Jewish status.


The plaintiff must have managed to persuade at least some of the High Court judges, because the case was returned to the court in Netanya for reconsideration. At which point, the judges, Rabbis Shlomo Shapira (head of the court), Avraham Meisels, and Raphael Ben Shimon, looked more deeply into the case and dug up some shocking facts.

Both the plaintiff’s parents were Baptist ministers who converted to Judaism in 1984, through a court in Tampa, Florida. They then got married with a Chupah and made Aliyah, following which the plaintiff was born. The plaintiff presented an English document titled “Certificate of Acceptance into the Jewish Faith,” with three signatures. The Netanya court examined the document and concluded that it was not recognized by then Chief Rabbi Shlomo Amar, and thus cannot be used to confirm plaintiff’s Jewish status.

The Netanya court confirmed that the converting rabbi in Tampa had received his ordination some 60 years ago, but it wasn’t clear from whom. The same individual, who went on to serve at a Reform Temple for the next 50 years, had ordained one of the co-judges in the conversion, and they added a third judge who had no rabbinic qualifications. The court, it turned out, was assembled ad hoc, just for that conversion.

We searched online for the unique title, “Certificate of Acceptance into the Jewish Faith,” and saw that it is currently being offered by one Rabbi Marc Rubenstein who runs an online conversion website – not that we suggest he was the one responsible for the 1984 Tampa conversion. Rabbi Rubenstein, who calls himself, “Rabbi to the Stars,” attained his “rabbinical training” at the Academy for Jewish Religion in NY.

The Netanya court then discovered that the plaintiff’s father was involved in establishing a group called Netzari (Hebrew for Christian), which he currently leads. The group, Beit Yeshua Tsidkenu Kehillath Netzarim, states: “Our confidence to live for Yeshua is strengthened by knowing we are living just outside ‘the Day of [tetragrammaton]’ which will culminate with the return of Yeshua Mashiyach. Yeshua will return as Mashiyach Ben David putting all enemies of Justice, Faith and Mercy under His Feet. Yeshua will install His Government that will be bring true Peace and Freedom according to His Torah, but, in the meantime His enemies rage against Him and plot vain things,” and so on, and so on, endless pages of the same claptrap.

The Netanya court communicated with the head of Chabad of Tampa for the past 40 years, Rabbi Yossie Dubrowski, who reassured the court there had been no kosher mikvah in southern Florida in 1984, nor was it possible to keep a halakhic lifestyle where the plaintiff’s parents lived at the time. The court also examined an affidavit signed by one of the converting judges from which it was able to conclude without a doubt that whatever had been carried out by that court in Tampa in 1984, a Jewish conversion it wasn’t.

The court also examined the Aliyah documents of the plaintiff’s parents, and discovered they never mentioned their conversions, presenting themselves instead as Jews from birth. That was a glitch of Israel’s Interior Ministry. This means that now, not only was the plaintiff’s name added to the high court’s list of individuals who are not permitted to marry Jews, but the court now ordered that the new details of the case be sent to the Interior Ministry, for action to revoke the Law of Return-based privileges of everyone involved.

After 13 Years of Deliberations, Govt. Applies to High Court of Justice for 48-Hour Extension in Khan al Ahmar Case 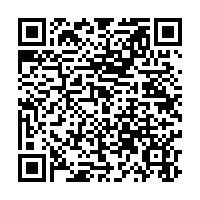