A senior Saudi official––a political adviser to Regent Mohammed bin Salman Al Saud––told Yedioth Ahronoth and Ynet that Saudi Arabia is weighing the possibility of holding a three-way meeting of Saudi, American, and Israeli high-ranking officials during President Joe Biden’s visit to the Kingdom or immediately afterward. Conducting the meeting would depend on the rate of success of Biden’s visit (גורם סעודי בכיר לקראת הגעת ביידן: שוקלים לארח אישיות ישראלית).

Talk about dangling a prize before the Americans’ eyes.


Biden has many bridges to mend with the Saudis, not the least of which is his attacks on them during his presidential campaign and after taking office over their human-rights record and the 2018 assassination of journalist Jamal Khashoggi. It’s expected that the first issue to come up in the talks in Riyadh would be the Saudis’ demand for immunity from prosecution in the US to the Saudi Crown Prince who was being investigated for his role in the assassination.

In general, US relations with the Saudis have deteriorated under the Biden administration, which has abstained from aiding Saudi Arabia in its fight against Iran’s proxy terrorists in Yemen. The Saudis also want Biden to do away with the Iranian nuclear threat and for the US to support the Kingdom’s civilian nuclear program.

Biden is coming to Saudi Arabia hat in hand, as oil prices continue to skyrocket following the war in Ukraine, and OPEC oil prices now hover just under $120 a barrel – higher than any other oil producer’s rate. Saudi Arabia and the UAE are the only two oil producers that can pump millions of additional barrels of oil to help calm the turbulent global market, but the Saudis and the Emiratis are refusing to increase their oil production, adhering instead to the plan approved by OPEC, which unites oil-exporting countries with Russian oil producers. The alliance with Moscow, one of the world’s largest oil producers, has increased OPEC’s power, bringing the Saudis and the Emiratis closer to Moscow.

But if President Biden’s visit to Saudi Arabia goes well, the possibility of a three-way meeting, as described by the Crown Prince’s senior adviser, is not ruled out. Riyadh, Washington, and Jerusalem are looking into relevant scenarios should such a meeting take place, secretly or with media exposure, but the final say belongs to the Saudis.

If the Saudis approve, a senior Israeli official such as National Security Adviser and Head of the National Security Council Dr. Eyal Hulata, Director of the Mossad David Barnea, or the director-general of the Foreign Ministry, Alon Ushpiz, will board Biden’s plane to Saudi Arabia at the last minute, according to the report.

If a three-way meeting takes place during the president’s visit, it could be an opportunity for the Israeli officials to meet not only with their Saudi hosts but also with the leaders of nine Arab countries that have been invited to a summit meeting with Biden, including countries without official relations with Israel, such as Kuwait and Oman.

The Americans’ ultimate dream is to include Israel in a regional defense pact involving everyone but Iran, Syria, Lebanon, and Iraq. Israel and bin Salman want such a pact, but they still have to work out the optics. 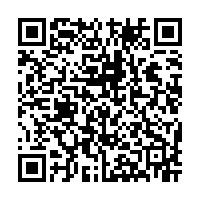