Last June, when Saudi Arabia and its Sunni allies cut their ties with Qatar over attacks on them by its sponsored news channel Al Jazeera, the US, the Saudi’s biggest ally, faced a complicated unintended consequence: its center of air operations against ISIS in the region, the Al Udeid Air Base, happens to be on Qatar soil.

Al Udeid is host to a forward headquarters of United States Central Command, headquarters of United States Air Forces Central Command, No. 83 Expeditionary Air Group RAF, and the 379th Air Expeditionary Wing of the USAF. According to media reports back when the June strife of 2017 was heating up, the base at that time hosted more than 11,000 US and US-led coalition forces and more than one hundred operational aircraft.


President Trump at the time reassured Americans and Saudis that “if we ever have to leave [Al Udeid] we would have 10 countries willing to build us another one, believe me, and they will pay for it.”

And as is usually the case when the president promises funding from foreign countries for his ambitious plans, Defense Secretary Jim Mattis had to play cleanup and declare that the US has no plan to leave Al Udeid.

Now, according to Stars and Stripes, Congress has added $143 million to the Pentagon budget, to upgrade the strategic Muwaffaq Salti Air Base, close to Jordan’s border with Syria and Iraq. The base has played a key role in the US military in its war with ISIS, and requires urgent upgrades, according to the Air Force, being overwhelmed as it is by the increased numbers and scope of operations.

How urgent is the need? According to the USAF, Muwaffaq Salti has a long way to go if it needs to replace the Qatar facility even partially. Today it has limited ramp space to launch combat flights, and “zero dedicated space to support cargo and personnel recovery operations.” But even so, the Jordanian airbase is operating at “four to five times what the space was originally intended to support.”

“To alleviate these risks, to support the influx of personnel, and to provide adequate facilities for a contingency operations population, a new LSA (Life Support Area) to include supporting facilities and infrastructure are required,” Air Force documents state. 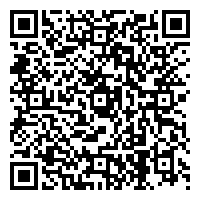