Starting in the fall of 2016, Hollywood producer Harvey Weinstein hired private security agencies to collect information on the women who were coming out with allegations about his abusive behavior, The New Yorker reported on Monday, noting that one of the firms he hired was Black Cube, a private intelligence agency employing former officers of Mossad and other Israeli intelligence agencies.

Black Cube, with outlets in London, Paris and Tel Aviv, was founded in 2010 by former Israeli intelligence officers Dan Zorella and Avi Yanus. According to Globes, Black Cube’s primary field of operation is intimidating victims of harassment on behalf of the prominent individuals who harassed them. Two sources told The New Yorker that Black Cube creates fictional companies to provide cover for its agents.


According to The New Yorker, two Black Hole private investigators using false identities met on Wenstein’s behalf with Rose McGowan, an actress who eventually accused Weinstein of rape. One of them pretended to be a women’s-rights advocate and secretly recorded at least four meetings with the actress. The same agent, pretending that she, too, was a victim of the movie mogul, met twice with a journalist in an attempt to dig up the names of women who were talking to the press.

According to the report, Black Cube, whose website has been taken down, signed one contract with Weinstein in July with the mission of stopping the publication of abuse allegations against their client which eventually appeared in the New York Times and The New Yorker.

Black Cube said in a statement, “It is Black Cube’s policy to never discuss its clients with any third party, and to never confirm or deny any speculation made with regard to the company’s work. Black Cube supports the work of many leading law firms around the world, especially in the US, gathering evidence for complex legal processes, involving commercial disputes, among them uncovering negative campaigns. . . . It should be highlighted that Black Cube applies high moral standards to its work, and operates in full compliance with the law of any jurisdiction in which it operates—strictly following the guidance and legal opinions provided by leading law firms from around the world.” 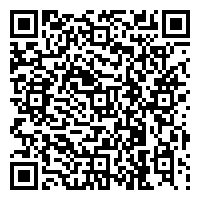