Presidents Donald Trump and Vladimir Putin will hold their first official summit in Helsinki on July 16, but Moscow has ruled out a quick breakthrough in most of the issues to be discussed by the two presidents, speaking instead of “pragmatic and realistic expectations.”

According to a statement issued by the Kremlin, the two presidents will discuss the current situation and prospects for the development of Russia-US relations and key international issues, while the White House said the two leaders will discuss relations between the United States and Russia, as well as issues related to national security.


NATO Secretary-General Jens Stoltenberg welcomed the summit, saying NATO’s approach to Russia is twofold: defense and dialogue, noting, with a hint and a nudge to the White House, “As long as we remain united (within NATO), we can dialogue with Russia.”

A spokesperson for the US State Department said “the President hopes that a meeting can help reduce tensions and lead to constructive engagement that improves peace and security around the world.”

She also said that “the President is pursuing this meeting in the interest of America’s national security to determine whether Russia is willing to make progress in our relationship.”

“The President believes a better relationship with Russia would be good for both America and Russia,” the spokesperson said. But she added that “the ball is in Russia’s court, and the President will continue to hold Russia accountable for its malign activities.”

“The President’s priority is to protect the American people and American interests, including those of our Allies and partners,” she said.

Russian Foreign Ministry spokeswoman Maria Zakharova warned against expecting quick breakthroughs in the summit, noting Moscow had “pragmatic and realistic expectations” given the range of issues to be discussed.

In the same context, a source close to the Russian Foreign Ministry told Al-Hayat that “there is no progress in lifting the US sanctions, or even easing them.” He also ruled out “significant progress in the diplomatic relations that have been strained since the end of last year.” 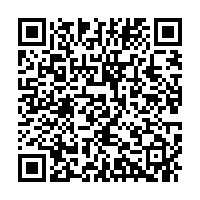