The United States is allegedly preparing to cut at least half of its first 2018 payment to the United Nations Relief and Works Agency (UNRWA), according to a report by the Associated Press.

The agency is the only United Nations refugee support organization dedicated to providing health care, education and social services to a single refugee group: the millions of limitless generations of descendants of those who fled the 1948 Arab attack on Israel after her declaration of independence.


The United States is the agency’s largest donor, the provider of close to 30 percent of UNRWA’s total budget.

Last Tuesday Swedish Ambassador to the United Nations Olof Skoog told Reuters he was concerned that a withdrawal of funding for UNRWA “would be very negative both in terms of humanitarian needs of over five million people, but also of course it would be destabilizing for the region.”

UNRWA spokesman Chris Gunness told Reuters in a statement the human impact of losing “significant” funding “could be catastrophic in the real lives of real people whom the UN is mandated to protect… Even the most modest shock in a fragile society can have an inordinate impact and the consequences could be profound, widespread, dramatic and unpredictable,” he added.

In 2016, the U.S. pledged nearly $370 million, according to the UNRWA website. But textbooks in UNRWA schools in Gaza, as well as in Palestinian Authority-controlled areas of Judea and Samaria have been found with anti-Semitic and anti-Israel incitement.

During the last war between Israel and the Gaza-based Hamas terrorist group, a number of UNRWA schools were used by terrorists to stockpile weapons and missiles. Launching sites for rocket and missile attacks against Israeli civilians were situated close to UNRWA facilities, and terrorists were not stopped by staff from using civilians sheltering there as human shields while attacking Israel. Hamas terror tunnels were found beneath UNRWA schools.

On Sunday, U.S. officials told AP that the Trump administration is likely to make further contributions to UNRWA contingent upon changes at the agency, although no final decision has yet been made.

It is believed that President Donald Trump may cut as much as $60 million from the planned $125 million payment to the agency.

Officials said the administration is considering the idea of making contributions dependent upon the Palestinian Authority’s return to the negotiation table with Israel.

Officials have said the plan is supported by Secretary of State Rex Tillerson and Defense Secretary James Mattis, who both see it as a compromise to the plan backed by U.S. Ambassador to the United Nations, Nikki Haley, who believes all funds should be cut off until the Palestinian Authority returns to the moribund final status talks with Israel. 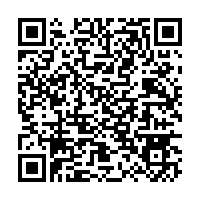