The Palestine Liberation Organization’s Central Council on Monday echoed – in spirit – the ‘Three No’s of Khartoum‘ and made it abundantly clear that the leadership headed by Palestinian Authority leader Mahmoud Abbas has no interest whatsoever in peace, let alone direct negotiations with or recognition of the Jewish State of Israel.

The Council decided in its final statement that the transitional period stipulated in the agreements signed in Oslo, Cairo and Washington, with its obligations no longer stands.


In its final statement read by chairman Salim Al-Za’noun, the Central Council called on the international community to “shoulder its responsibilities on the basis of the relevant United Nations resolutions to end the Israeli occupation and enable the State of Palestine to achieve its independence and to exercise its full sovereignty over its territory, including in East Jerusalem as its capital and on the borders of June 4, 1967.”

The PLO Executive Committee was directed to “revoke recognition of Israel until it recognizes the State of Palestine on the 1967 borders and reverses the decision to annex East Jerusalem and expand settlements,” according to the official WAFA news agency.

The Council rejected any recognition of Israel as a Jewish state.

The Central Council renewed its decision to stop security coordination in all its forms. This decision has been made before. It has always quietly, gradually been ignored by Abbas. But he is now tired and in his 80s, and at some point he will no longer be able to block the more radical elements in the Council. Nor will he keep bouncing back from the massive faux pas that he himself commits when his own temper gets the better of his diplomatic training.

The Council also decided — again — to break away from the economic dependence that was enshrined in the Paris Economic Agreement to achieve the independence of the national economy.

In addition, the Council “affirmed its rejection and condemnation of the Israeli apartheid, which Israel is trying to enforce as an alternative to the establishment of an independent Palestinian state.”

Additionally, the Council affirmed “the determination of the Palestinian people to resist by all means possible and to bring the Israeli occupation and apartheid regime down.”

The Council rejected any suggestions for interim solutions, including a state with temporary borders. 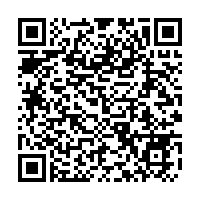