Reactions to the historic US position shift on Jewish settlements in Judea and Samaria, as not being illegal nor against international law:

Today, the United States adopted an important policy that rights a historical wrong when the Trump administration clearly rejected the false claim that Israeli settlements in Judea and Samaria are inherently illegal under international law.

This policy reflects an historical truth – that the Jewish people are not foreign colonialists in Judea and Samaria.   In fact, we are called Jews because we are the people of Judea.

The Trump Administration policy is also correct in stating that those who have categorically denied any legal basis for the settlements not only deny truth, history and the reality on the ground, they also set back the cause of peace, which can only be achieved through direct negotiations between the parties.

Israel’s legal system, which has proven itself fully capable of addressing legal questions related to the settlements, is the appropriate place for these matters to be adjudicated – not biased international forums that pay no attention to history or facts.

Israel remains ready and willing to conduct peace negotiations with the Palestinians regarding all final status issues in an effort to achieve a durable peace but will continue to reject all arguments regarding the illegality of the settlements.

Israel is deeply grateful to President Trump, Secretary Pompeo and the entire US administration for their steadfast position supporting truth and justice, and calls upon all responsible countries who hope to advance peace to adopt a similar position.

The Sovereignty movement welcomes the US president’s declaration that settlement in Judea and Samaria does not violate international law.

“The words of the American President faithfully express the historical truth and international law which states that Judea and Samaria are part of the territory designated for the establishment of a Jewish home for the Jewish people. President Trump continues in his consistent way, standing alongside Israel and alongside justice and truth. “

Leaders of the Movement, Yehudit Katsover and Nadia Matar: “The sovereignty process continues to progress step by step as a just and moral act  that will create regional stability and security.

The Trump era is a historic opportunity for the Israeli government to promote its Zionist goals on to its historical mission”.

“The free world decided at one time that a conquering state could not settle its civilian population on land that it acquired during times of war.

This ruling thereby unjustifiably criminalized the Jewish communities and residents of Hebron, Kfar Etzion, Beit El and Ma’ale Adumim, along with the rest of the communities in Judea and Samaria.

This was a delusional and outrageous assertion, as we did not conquer neighboring foreign lands, but rather placed parts of our own country back under our control. And now the United States took another step towards truth and justice and brought us closer to the reality in which the State of Israel won’t just rule over Judea and Samaria but will become the sole land owners of these areas – under full sovereignty.

We bless the government of Israel headed by Prime Minister Netanyahu, whereas the “left” remains full of hysteria, Netanyahu continues to make history.”

“A huge thank you to our great friend the US for standing alongside Israel. The US is doing historical justice today. Last week, I met with Ambassador David Friedman’s people in my chamber and issued a request that the United States side with Israel in the face of the European Court’s hypocritical ruling [on labeling settlement products] and in an appropriate response cancel the Hansel document and state that the settlement enterprise in Judea and Samaria is not illegal. I thank the embassy staff, US Secretary of State Mike Pompeo, and President Trump for carrying the torch of justice in the world.”

International Law expert Eugene Kontorovich listed this move as one of the five steps he recommended to counter President Obama’s UN anti-Israel Resolution 2334.

Getting rid this memo was one the five steps I recommended shortly after @realDonaldTrump's election to counteract Res 2334 https://t.co/rtcUdm1D2R https://t.co/4ounpxXoHR 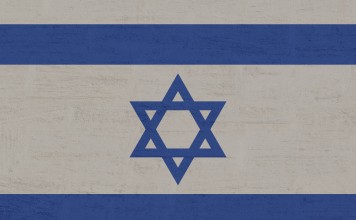