Iran on Sunday sanctioned 15 American companies in retaliation for restrictions that the Trump administration imposed on companies connected with its ballistic-missile program.

The Iranian Foreign Ministry announced in a statement on Sunday that the Islamic Republic of Iran has imposed sanctions on 15 American companies involved in “propping up the Zionist regime,” as well as supporting terrorists and attacking civilians in the Middle East, IRNA reported.


“The Islamic Republic of Iran condemns the recent measure taken by the United States administration to impose one-sided extraterritorial sanctions against Iranian and non-Iranian individuals and institutions,” the Foreign Ministry said, arguing that the “imposition of new sanctions by the US is based on fabricated and illegitimate pretexts and amount to an action against the international regulations as well as the word and spirit of the Joint Comprehensive Plan of Action,” it said.

“Hereby, the Islamic Republic repeats and insists that strengthening and enhancement of the country’s defense capabilities, including boosting Iran’s missile defense power remains to be certain and inevitable in a bid to safeguard the country’s right to defend itself against any foreign aggression and build up its deterrence power against threats,” Iran continued, warning that “the Islamic Republic of Iran accepts no restrictions imposed against its efforts to protect its dignity, territorial integrity and security of the people.”

President Trump promised during his campaign to tear up the Iran nuclear deal. In February, Trump tweeted that Iran was “on notice” regarding its ballistic-missile program. The Trump Administration also included Iran among the Muslim-majority countries whose citizens are barred from entering the US.

First Vice-President Eshaq Jahangiri told reporters on Sunday that US fresh sanctions against Iran will discredit the Americans themselves in the international arena. He said that the Iranian economy can resist even bigger problems.

IRNA listed the sanctioned companies, noting that “most of the companies listed above are involved in security and military activities and generously help the Zionist regime to continue its brutal treatment of Palestinians:”

Dealings with the above companies are prohibited, according to the Iranian foreign ministry, and their assets in Iran have been frozen. Also, representatives of the punished companies will not receive entry visas.

According to the Wall Street Journal, it isn’t yet clear whether any of these companies actually do business with Iran or have assets there. 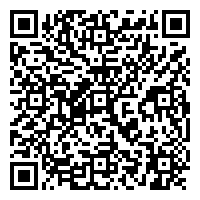