Representative Devin Nunes (R-CA), chairman of the House Intelligence Committee, briefed the media today on findings from NSA that were requested by the committee on 15 March.

And the House has asked the right question.  The question is: What identities of “U.S. persons” whose communications were collected incidentally in the period surrounding the 2016 election were “unmasked” to intel-community personnel who viewed the material collected?

The answer to that question will reveal whether intel personnel, viewing the collected material, saw names such as “Michael Flynn” and “Donald J. Trump.”

It will also reveal the level of access at which it was possible for a user of intel computer systems to search on such terms (i.e., the individual names of certain U.S. persons).

That point is key.  If the names haven’t been unmasked, it’s much harder, and requires a higher level of access, to retrieve information on comms involving those names.

From what Nunes said in his media briefings today, it appears that relevant names were, in fact, “unmasked” in “dozens” of instances, at the very least.  It’s probably more than dozens; dozens is just the word Nunes used.

Continuing to probe the FBI has amounted to going down a rat-hole.  With the FBI, it’s all about the legal purpose of surveillance, and the legal reason for doing something with data about people under investigations.  We know the FBI’s answers on those matters.  They’re never going to tell us whether Trump came under effective surveillance by someone in the U.S. government, when his identity was unmasked after his comms were collected incidentally.

Asking Admiral Rogers, the NSA director, whether he’s aware of government-to-government arrangements being made about data access (i.e., “did GCHQ do it”) is also not going to answer our question.

The question about effective surveillance of Trump can only be answered by looking at the data record of computer transactions.  That’s the point I made (in the most focused manner; I also made it earlier) on 16 March.

It’s a new world we’re in today, the world of Big Data.  The handling of Big Data has been oozing out beyond the boundaries of the Fourth Amendment for some time now.  The intent of policies for controlling the data is one thing – but discussing the intent of policy doesn’t answer our question about surveillance of Trump.  That’s what happened on Monday.  The House committee’s questions resulted in James Comey and Mike Rogers expounding at length on policy.

The only way to answer the real question is to look at the way data was actually handled.  And Admiral Rogers wasn’t asked that.

But NSA has apparently now responded to the House inquiry with a good answer on it.  What Nunes said in his briefs on Wednesday tells me they’re only at the beginning.  There are other things that can be determined, and need to be, about how visible the “unmasked” identities of persons like Trump and Flynn were to intel community users, and which users retrieved information about them.

Those determinations are to be made through IT system forensic investigations.  Nunes also has a question that must be answered via a policy response, and that’s why the names he saw in his “dozens” of samples had been unmasked.  He posed that very question several times.  He stressed that he wasn’t alleging it had been done illegally, but he wanted to get to the bottom of it.  His key reason for continuing to pursue it: even if it was legal, the American people wouldn’t necessarily think it was right, or (my words here) genuinely compatible with the Fourth Amendment protections we are entitled to expect.

This passing allusion to the rightness or wrongness of policy is something we have needed to have a truly no-holds-barred public discussion of for more than a decade.  It would be one heck of a kick in the head, if we ended up having it because Trump tweeted a complaint about being “wiretapped.”

After the briefing from Nunes, Fox News cued up for us a very brief response from Trump to a reporter’s question about Nunes’s revelations inside the White House.  Nunes had just given Trump an update on his findings, and the reporter asked if Trump felt vindicated.  Trump said yes, he did “somewhat.”  (Once video is posted of these interludes, I’ll get it embedded here.)

Trump then cut the reporter off when he tried to ask another question.  What that tells me – alongside Nunes’s careful wording – is that both of them intend to follow this through without public exposure of all the details.  Those details would be very highly classified.

Meanwhile, if I had to place a bet, I would bet that the human-actor side of the real answer isn’t in NSA or the FBI at all – and may not be in the halls of the CIA at Langley either.  I’d be looking for whatever users can do an ICREACH search on an intel computer system in the Eisenhower Executive Office Building on Lafayette Square. 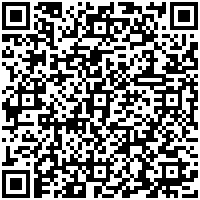