Russia’s Foreign Ministry has warned its citizens who are traveling abroad that they could be arrested and extradited to the US-based on a request from American intelligence agencies who are “hunting for Russians,” the Moscow Times reported Friday.

The warning may be in retaliation for a travel advisory issued by the US State Department, which recommended that US citizens should “reconsider” their planned trips to Russia, where they may be facing “terrorism and harassment.”

“Despite our calls to improve cooperation,” the Foreign Ministry said in a statement published on its website on Thursday, “…American intelligence services are virtually ‘hunting’ for Russians all over the world.”

According to the Russian Foreign Ministry, more than 40 Russian citizens have been arrested in compliance with requests made by US officials, 10 of them in 2017, including Konstantin Yaroshenko—accused of a drug-smuggling plot, and Victor Bout—accused of gun-running for an armed group in Colombia.

“After being extradited to the US, Russian citizens are faced with discriminatory treatment at the hands of American ‘justice,’” the ministry’s statement says, adding that, “using various methods, including direct threats, they are pressured to admit their guilt, despite the fictitiousness of the charges, and when they refuse they are given huge prison sentences.” 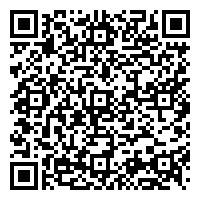