On the same week Israel and Turkey have reached the beginning of a rapprochement, following a formal apology by Prime Minister Netanyahu a few years ago for the IDF’s killing of 10 Turkish Citizens who brutally attacked Israeli soldiers, now Turkish President Erdogan appears to have taken a page out of Bibi’s playbook: he sent a letter to Russian President Putin urging the restoration of “traditional friendly ties” between their two countries, and spelled out how sorry he was for downing a Russian Sukhoi Su-24 aircraft and killing its pilot.

Turkey’s prime minister Binali Yildirim said late Monday that “the content of the letter is very clear. We express our regret. We say that we are sharing the pain felt by those who lost loved ones. We say that we will pay compensation, if needed.”


Now, was that so difficult?

“I suppose our president will have a phone call with Putin today, tomorrow, maybe Wednesday, maybe Thursday,” Yildirim said.

After the downing of the Russian plane last November, the Kremlin ordered sanctions on food products, an end to visa-free travel and a ban on Russian tourists taking package holidays in Turkey. Natural gas deliveries were in jeopardy as well. Suddenly Turkey was facing a raging enemy where none had stood before.

For its part, Russia’s Foreign Ministry viewed the letter with the apologies as a step in a right direction to normalizing ties, Deputy Foreign Minister Alexei Meshkov told TASS on Tuesday.

On Monday, Kremlin spokesman Dmitry Peskov told reporters that Erdogan sent a letter to Russian President Vladimir Putin saying he was sorry for shooting down the Su-24 jet and stressing “readiness to make every effort to restore traditionally friendly relations between Russia and Turkey.”

Erdogan said late Monday that more than 10,000 tons of supplies will sail to Gaza from Turkey before the Eid al-Fitr religious holiday in early July, prompting Hamas to thank Erdogan for his efforts to ease the blockade.

And all it cost to get this swirl of good will going was for Israel to pay $21 million to the folks who attacked its soldiers with knives, axes, metal rods and whatever else they had on hand. A small price to pay, presumably, in exchange for this much peace. 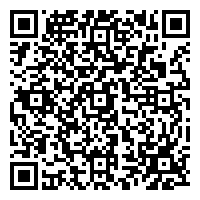