Russian Foreign Minister Sergei Lavrov told security ministers and other foreign leaders at the Munich Security Conference on Saturday that his government is hoping to see the creation of global stability through the creation of a “post-West world order.”

Speak via an interpreter, Lavrov said that Russia is hoping for “pragmatic relations” with the United States; “mutual respect, and understanding our special responsibility for global stability.”


“If you wish, you can call it a post-West world order when each country, based on its sovereignty within the rules of international law, strives to find a balance between its own national interests and the national interests of its partners,” Sergei said.

“We have immense potential that has yet to be tapped, and we’re open for that, inasmuch as the United States is open for it as well.”

He added that Russia had nothing to do with the US elections, denying charges that Moscow had interfered with the process that led to the election of Donald Trump as president.

“Whenever Russia gets blamed, there are no facts … only accusations,” Lavrov said. “The tensions of past years between the US, Europe and Russia are unnatural,” he went on, clearly seeking to reduce tensions over his country’s recent actions in Crimea and Ukraine.

“Russia is not looking for a conflict with anyone, but will always be able to protect its interests,” he added, saying he wanted to see a “common space of good neighborly relations, from Vancouver to Vladivostok.”

Both U.S. Vice President Mike Pence and Secretary of Defense James Mattis were at the conference as well, along with Israeli Defense Minister Avigdor Liberman, and NATO Secretary-General Jens Stoltenberg. 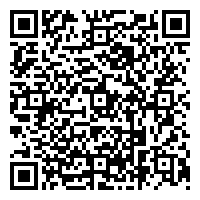