The North Atlantic Treaty Organization (NATO) has begun deploying troops in four of the former Soviet Union satellite nations as a response to Russia’s incursion into Ukraine.

Stoltenberg met reporters together with the Lithuanian leader in a news conference that was broadcast on the NATO Channel.

“German and Belgian troops are already arriving in Lithuania. Sending a clear message NATO allies stand united and an attack on any of us would be met by forces from across the alliance.”

Stoltenberg added that he expects “all four battalions to be fully operational by June.”

He stressed that NATO’s plans were defensive in nature, and called them “proportional to the scale of the challenge.”

He said, however, that member state leaders had also agreed on the importance of NATO’s “two track approach to Russia: strong defense combined with meaningful dialogue.”

And in a nod to U.S. President Donald Trump’s ongoing concerns about making sure that each nation contributes its “fair share” in financial support, Stoltenberg commended the Lithuanian government for its “leadership on defense spending and your plan to reach NATO’s two percent benchmark – two percent of GPD – by 2018.

“Fair burden sharing is essential to the long-term strength of our alliance, and the security of our people, and Lithuania is setting an example for all the allies to follow,” he said.

On Thursday, Lithuania celebrates the 99th anniversary of its independence. Stoltenberg told Skvernelis, “With NATO” your country will never lose that independence.” 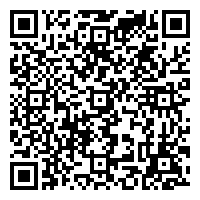