President Donald Trump is planning to hold campaign-style rallies to protest the election results, Axios reported early Monday morning. The rallies will be held in anticipation of the conclusion of the vote-counting in swing states this week, at which point the Republicans would be filing for recounts in states where the gap in the number of votes between Trump and Joe Biden exceeds the requirement for an automatic recount. It would be an expensive effort since the states in question charge millions of dollars for recounts which are not mandated by law.

According to Axios, team Trump is also going to publish obituaries of people they claim cast ballots on Nov. 3 after having died a long time before. The obits are part of the team’s claims of widespread voter fraud and corruption they say produced Biden’s victory.


Axios reported that large teams of attorneys and ballot counting staff have been recruited by the Trump team in Georgia, Arizona, Pennsylvania, and in additional, unspecified states. The report quotes one campaign advisor who supposedly said, “We want to make sure we have an adequate supply of manpower on the ground for man-to-man combat.”

“We all have the same goal in mind, which is using the legal process over the next many days and weeks ahead to make sure that the president is re-elected,” another adviser reportedly told Axios.

Meanwhile, according to Breitbart, 39 Republican members of Congress on Friday wrote Attorney General William Barr to ensure the integrity of the 2020 presidential election amid allegations of irregularities: “While each state runs its own election process, the United States Department of Justice is ultimately responsible for the integrity of federal elections. The American people must have the utmost confidence that the outcome of the presidential election is legitimate,” they wrote.

They asked for Barr to immediately answer two questions:

I’ve joined 38 of my colleagues in writing a letter to AG Bill Barr requesting he investigate claims of voter fraud and make sure only all legal votes are counted in this election.

The American people need to have confidence that the outcome of this election is legitimate!! pic.twitter.com/lXHYCU7FFC

Back in February, The Associated Press reported that in their rush to replace insecure, unreliable electronic voting machines after Russia’s interference in the 2016 presidential race, state and local officials chose to avoid simple, hand-marked paper ballots that are most resistant to tampering because paper cannot be hacked and opted for pricier technology, known as ballot-marking devices, made by industry leaders Election Systems & Software and Dominion Voting Systems. The new machines, which cost double what the older ones did, assign a barcode to each voter’s printout and saves the barcode alone. This means that a hack can change the vote results that correspond to the same barcode and voters would never know that their ballots supported a different candidate.

According to Breitbart, several counties in Michigan and Georgia reported a “glitch” involving their voting machines during the 2020 presidential election. Dominion Voting Systems election software was implemented in all of Georgia’s counties for the first time this year. 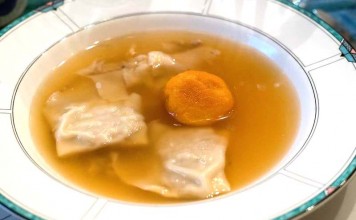 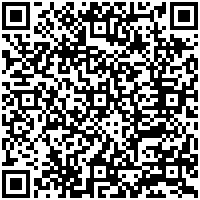