Bad judgment is written all over this story. As Northjersey.com reported Monday (NJ student’s report on Hitler’s ‘pretty great’ accomplishments prompts outrage), the Maugham Elementary School in Tenafly, NJ, hung in its hallway for weeks a one-page biography of Adolf Hitler written by one of the school’s fifth graders, with the statements, I kid you not: “I was very popular” and “I was pretty great, wasn’t I?”

According to one parent, the fifth-grader also dressed as Hitler.


The student wrote: “My greatest accomplishment was uniting a great mass of German and Austrian people behind me.” The same student also recognized some weaknesses in the old führer: “I was very popular and many people followed me until I died. My belif [sic] in anti-Semitism drove me to kill more than 6 million Jews.”

A principled man, can’t take that away from him.

Shauna DeMarco, Superintendent of Tenafly Public Schools and the Tenafly Board of Education issued a response on Monday, you have to read it to believe it (or belif it), it’s a symphony of ignorant officialese:

Since our last communication, there have been questions raised about the fifth-grade class project. We understand that tensions are running high and that our community is extremely upset. We share those feelings.

We are reviewing all of the facts surrounding this matter and will provide an update this week. In the meantime, we are committed – as always – to cultivating a positive school culture that has no room for hate, prejudice, bias, or oppression. We are proud of our District’s policies regarding diversity, equity, and inclusion and stand by them.

In addition, we are taking extra measures to ensure order at all of the District’s schools this week, so they remain safe and productive learning environments.

Who would think this could happen in our neighborhood! Tenafly is literally steps from my home in Englewood. Things like this should never happen – we moved to Bergen County so things like this wouldn’t happen. This is a county filled with children and grandchildren of Holocaust survivors. As there are fewer survivors still alive- we must remember and teach our children the atrocities of this monster and not his “Accomplishments.”

Many local Jews, it turned out, didn’t like the Hitler essay. Who would have thunk? Jordan Shenker, CEO of the Kaplen JCC on the Palisades, told WNBC: “The teacher failed to recognize the profound impact this can have on students, family members and others in our community who could perceive this project as condoning or even glorifying the atrocities of one of the most evil individuals in the world history.”

The local branch of the Anti-Defamation League registered its shock.

The Tenafly Board of Education said in a statement Tuesday that the assignment had been taken out of context, and was not an attempt to praise the Nazi party, but to discuss “social norms and historical figures who personify good and evil.”

So how did Hitler score on that scale? The fifth-grade jury is apparently still out. 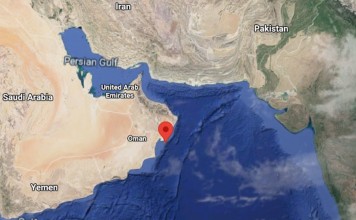 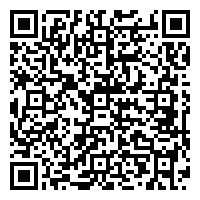