More than 5,000 former senior Israeli military officers have signed a letter to US President Joe Biden, urging him not to sign the revived 2015 JCPOA nuclear deal.

The letter from Israel’s Defense and Security Forum contends that the deal in its current form gives Iran a clear path to nuclear weapons.


“Despite your administration’s repeated declared commitment to prevent Iran from attaining nuclear weapons, this agreement creates a clear legal pathway for Iran to obtain nuclear weapons by 2031, while denying the signatories of any tools to prevent that eventuality,” reads the letter obtained by Fox News Digital.

“The deal will unleash a regional nuclear arms race, in which states like Egypt, Saudi Arabia and other Sunni states will seek to either develop or acquire nuclear weapons to mitigate the Iranian threat,” the letter reads.

The officers pointed out that when the 2015 JCPOA nuclear deal was signed, Iran received millions of dollars in sanctions relief that were used to “export terror and instability throughout the region and beyond, at an unprecedented scale, with the addition of a future nuclear umbrella as a force multiplier.”

The signatories warned, “It remains our view that a credible military threat in combination with crippling economic sanctions and the political resolve to act militarily, if necessary, is the most effective manner to address the Iranian threat.”

Appealing to Biden as a “lifelong true friend of the Jewish People and the State of Israel,” the letter urges the president “not to jeopardize Israel’s security by enabling Iran to achieve nuclear military capabilities.”

But it’s unlikely that Biden is listening, or cares if he does.

White House Rushing to the Nuclear Deal
It took the president an entire week to agree to an emergency conversation on Wednesday following a request to the White House by Israel’s caretaker Prime Minister Yair Lapid, which the president ducked, just as the US had delivered its response to Iran’s modified demands on the proposed nuclear deal.

Among the demands that were dropped by the Islamic Republic was its insistence that the US lift its designation of the Islamic Revolutionary Guards Corps (IRGC) as a foreign terrorist organization (FTO) entity – a demand the US categorically rejected.

It’s not clear whether Iran has also dropped its demand for a guarantee that the United Nations International Atomic Energy (IAEA) close its investigations into three separate cases of unexplained uranium traces at undeclared nuclear sites in the Islamic Republic.

The IAEA has refused to drop those investigations. But the jury’s still out, and the “final” proposal crafted by the European Union is clearly still up for negotiation at the Persian Bazaar.

‘Iran Will Get a License to Kill’
A senior political official told the Hebrew-language Maariv newspaper last week the nearly all of the top officials in Israel’s security establishment are “now aligned with Barnea’s position. . .The West, led by the Americans, recently surrendered to the Iranians in almost all areas; the main thing is to sign the agreement and take the issue off the agenda,” the source told the news outlet.

“The ones who will remain with this issue on the agenda are us, because Iran will receive a ‘license to kill’ and hundreds of billions of dollars will be invested in terrorism and regional expansion,” he added.

But all of this may anyway be a bit too little, too late.

As a result, Iran can suddenly switch the uranium enrichment process from a five percent purity to the 60 percent purity it has already been stockpiling for a year at other sites, including an above-ground plant at Natanz.

Uranium must be enriched to 90 percent purity for use in a nuclear weapon.

Iran is also using a second cascade of IR-6 machines to enrich uranium to 20 percent purity at the underground Fordow nuclear plant, buried deep inside a mountain.

“While Iran is required to inform the International Atomic Energy Agency about such a switch, if it chose not to, it might escape detection for some time as there is currently a lag between Iran’s enrichment and IAEA inspectors’ verification of what is produced,” Reuters noted in a report on the IAEA’s July report to its Board of Governors. 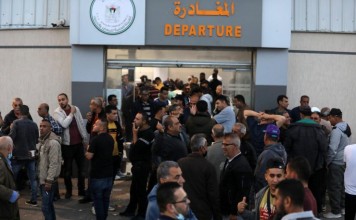 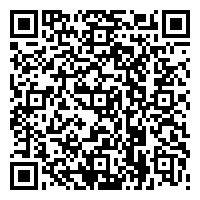