State Department spokeswoman Heather Nauert stated recently that the United States has been adamantly opposed to a UN plan to publish a blacklist of companies that do business with Israeli settlements in Judea and Samaria. “These types of resolutions are counterproductive and do nothing to advance Israeli-Palestinian issues,” the spokeswoman said.

According to a Washington Post report Sunday, citing US diplomats, UN High Commissioner for Human Rights Zeid Ra’ad Al Hussein told US officials he intends to publish the blacklist by the end of 2017. Last year, The Geneva-based UN Human Rights Council approved the database of these companies, despite objections from the Obama Administration.


Al Hussein, the former Jordanian Ambassador to the US, was soliciting comments by September 1 from countries whose companies might be affected. He agreed to postpone publishing the blacklist this year, in response to a US request. But he is adamant about publishing what he argues is a vital resource for consumers and travelers.

The US and Israel are arguing that the criteria for who makes the blacklist are vague and arbitrary, in light of the fact that the definition of what constitutes “settlement activity” can be stretched to include any imaginable commercial activity in Judea and Samaria.

It should be noted that Arab media, including in Jordan, habitually refers to all Israelis as “settlers,” as in reports on Israeli visitors to the Temple Mounts who are regularly described as “settlers storming Al-Aqsa Mosque.”

A senior US official involved in the case told the Washington Post the Administration has argued that the commission resolution does not compel Zeid to make the list public. 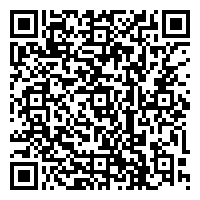