The Elie Wiesel Genocide and Atrocities Prevention Act, introduced by Congressman Joe Crowley (D-N.Y.) and Ann Wagner (R-Mo.), and Sens. Ben Cardin (D-Md.) and Todd Young (R-Ind.) makes the prevention of genocide and other crimes a matter of national security, and aims to improve and increase the U.S. response to potential and emerging genocides.


It establishes a Mass Atrocities Task Force to provide training to U.S. Foreign Service officers on detecting early signs of atrocities and will mandate the director of national intelligence to report on atrocities in an annual crime report to Congress.

Wiesel was a survivor of the Auschwitz death camp, where his mother and young sister were murdered. He wrote extensively about his experiences, and won the Nobel Peace Prize in 1986, becoming a famous spokesperson for Holocaust survivors before passing away on July 2, 2016.

Also on Jan. 14, Trump signed into law House Resolution 672, the Combating European Anti-Semitism Act of 2017, which expresses the sense of the Congress that it is in America’s national interest to confront anti-Semitism at home and abroad. 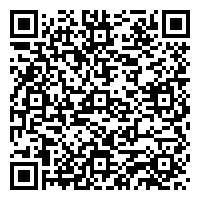