The US State Dept. on Wednesday issued the following press release:

“Authorities in Germany announced yesterday the extradition of Asadollah Assadi, an Iranian official working under diplomatic cover, to Belgium for his role in the disrupted Iranian terrorist plot to bomb a political rally near Paris, France on June 30.


“The scale of this plot, which involved arrests of numerous suspects across Europe – including in Belgium, France, and Germany – reminds us that Iran remains the world’s leading state sponsor of terrorism. This plot also lays bare Iran’s continued support of terrorism throughout Europe.

“We support our European allies in exposing and countering the threat that Iranian-backed terrorism poses around the world. The United States will continue working with our partners and allies to confront the threat posed by the Iranian regime.”

A week ago, French officials blamed Iran’s ministry of intelligence for a plot to bomb a rally of Iranian opposition groups in Paris on June 30. The French government stated it had frozen the assets of two senior Iranian officials. The Iranian government said it was a fabrication.

On Tuesday a week ago, police in Dunkirk raided a Shia Muslim center with ties to Iran. Several arrests were made and the French government froze the center’s assets.

The Committee of Security and Counter-terrorism of the National Council of Resistance of Iran issued a call to shut down the Iranian regime’s embassies and representative offices in Europe as centers of espionage and terrorism and expel the agents of the Ministry of Intelligence and the terrorist Quds Force from European countries. 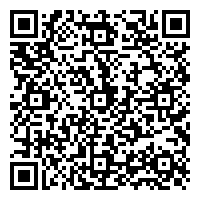