Israeli National Security Adviser Eyal Hulata is coming to Washington this week for a new round of strategic talks with White House NSA Jake Sullivan, according to Israeli and US officials. According to Axios, Israel has been pushing the Biden administration to set up a Plan B for the two allies to carry out in case the stalemated nuclear negotiations with Iran fail.

Israel Hayom on Tuesday morning reported what it described as a dramatic turnaround in Israel’s assessment of the chances of signing a nuclear agreement between Iran and the superpowers. The newspaper cited two senior political sources in Israel that suggested the chances for a nuclear agreement are low to nil. Those same sources stressed there may still be a surprising reversal leading to the signing of the deal, but insisted that “the possibility that the parties will sign an agreement in the foreseeable future is receding at an exponential rate.”

Iranian Foreign Ministry Spokesperson Saeed Khatibzadeh told reporters in Vienna on Monday that “the coordinator of the JCPOA negotiations is pushing ahead with what remains to be resolved between Iran and the United States,” while Iran, the European Union, Russia, and China have already given their commitments to reviving the 2015 deal, and they “share a view that the prolongation of the break (in the Vienna talks) would not be to the benefit of the negotiations.”

The Iranians blame the US for the current stalemate, since, as the Iranian news agency Tasnim put it, it is “reluctant to take confidence-building measures due to its erroneous bias, procrastination in decision-making, and excessive demands.”

Iranian officials have stated repeatedly that the US must remove its “illegal sanctions against the Islamic Republic in a verifiable manner and offer guarantees that a new US administration will not breach the JCPOA again before it can rejoin the deal.” In other words, as long as the US continues to list Iran’s Islamic Revolutionary Guard Corps as a terror organization, there’s no deal. Or, as NBC News put it, “Trump’s ‘poison pill’ threatens revival of Iran nuclear deal.”

On April 15, 2019, the US State Dept. listed the IRGC as a terrorist organization, which meant this official part of Iran’s government was barred from using international networks, most notably banking, to promote and facilitate its activities.

On April 29, 2019, US Deputy Assistant Secretary of Defense Michael Mulroy said Iran posed five threats, four of which were its efforts to obtain a nuclear weapon; threats to maritime security in the Straits of Hormuz; Iranian proxy militias and terrorist organizations, including Hezbollah and the Houthis; Iranian made ballistic missiles that are being provided to these groups; and Iran’s cyber terrorism. The IRGC was directly involved in some or all aspects of each of these threats, and severing its ties to international access greatly curtailed its abilities. Indeed, the listing as a terrorist group marked the beginning of the decline of the IRGC’s effectiveness, aided along by the assassination of its top commander, Qasem Soleimani in January 2020.

NBC News reported the Biden administration has reportedly offered to remove the designation if Iran promised not to retaliate against US officials for the Soleimani assassination––a move that angered the Israeli government which suddenly felt abandoned by its “biggest friend and ally.” Iran rejected the Biden proposal and responded about two weeks ago with a secret counterproposal, according to NBC News. The Biden administration knows it can’t lift the terrorism designation without a major pushback from Israel’s friends on both sides of the aisle on the Hill. Ali Vaez, of the International Crisis Group think tank who supported President Obama’s 2015 Iran deal, told NBC “there’s no doubt that this is a Trump trap for Biden. The irony is the current stalemate was deliberately pre-manufactured by the Trump administration to put their successor exactly where they are right now.”

Richard Goldberg, a Trump national security staffer who opposes reviving the nuclear deal, recalled that in 2017, Congress passed bipartisan legislation introducing new sanctions on Iran and empowering the president to sanction the Revolutionary Guards. Now many in Washington say the Biden administration knows “they would get creamed” if the terrorism designation were lifted––with or without conditions.

And so, NSA Hulata is off for talks with the Biden administration, and, according to senior Israeli officials, the purpose of the trip is to coordinate preparations for the possibility that the Iran deal would not be signed in the end. This is a sea change in Israel’s strategic position, after more than a year during which the agreement was considered a fait accompli. Israel is now expecting the US, and the European superpowers, to greatly increase political and economic pressure on Iran, to force it to both drops its efforts to complete a nuclear device and curb its regional aggression. 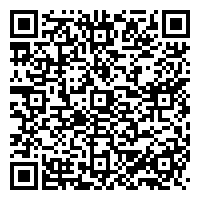